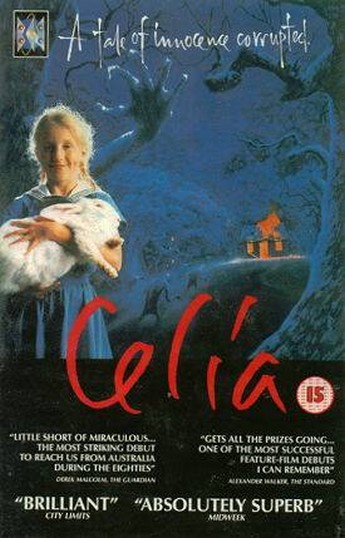 [6] A little girl possessing an overactive imagination, a rabbit and Communists for next door neighbours are the ingredients in this impressive debut from Australian director Turner. Set in late 50’s Victoria, it’s another of those childhood-loss-of-innocence films, with rampant McCarthyism and a plague of wild bunnies having disastrous consequences on the life of the title character, played with unsettling intensity by Rebecca Smart. Looking at the past through refreshingly non-sentimental eyes, it evokes the childhood world of rituals, gangs and the incomprehensible nature of adults with clarity and style. The first film I’ve seen with a credit for ‘Rabbit Wranglers’. Recommended.