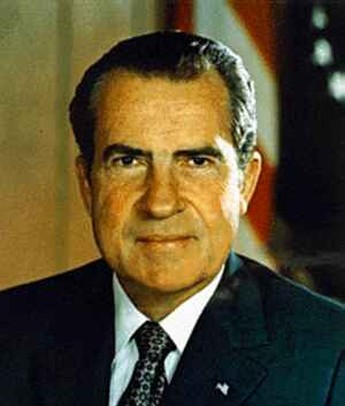 Who would ever have thought that a petty burglary by a bunch of incompetents would lead to the fall of the President of the United States? Truth really is stranger than fiction, especially now, 30 years later when Clinton could get away with sexual infidelity, lying to Congress, and probably would still have been re-elected if he hadn’t already served two terms. Such was the impact of Watergate: we now expect politicians to be amoral scoundrels. This film harks back to a more innocent time, when people would sometimes talk to journalists – a group now perhaps even more reviled than politicians – and details the gradual peeling apart of the Watergate conspiracy by journalists Woodward and Bernstein (Redford and Hoffman).

Highest credit in the film should go to William Goldman, who does a masterful job of condensing a convoluted maze of threads and information into a coherent, linear movie – albeit by sacrificing strict accuracy. What also comes over well is the sheer drudgery of journalism; phoning, knocking on doors, scanning piles of index cards. Indeed, occasionally the drudgery seeps through and makes for dull viewing, but the intensity of the leads largely saves the day. They slide from fear of each other, into fear of their editor, into fear for their lives, into…well, the ending is horribly rushed, almost as if the film ran out of money. The final events are compressed into a minute of teletype-clatter, almost before you realise what’s going on. Despite this sudden bump, and some fabulously bad 70’s fashion, this is still well above your average “true fiction”.