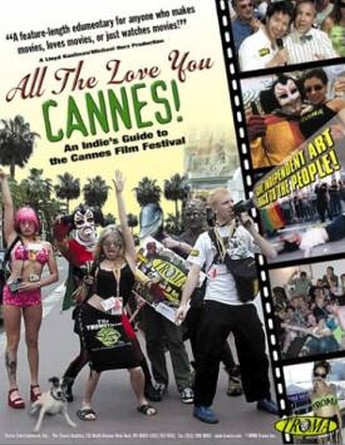 If you want proof that Lloyd Kaufman is crazy like a fox, this chronicle of Troma’s adventures at the 2001 Cannes Festival is it. You can only admire how he gets people to work for free, exploiting their good will to generate free publicity – and hence, profits – for the films Kaufman sells. As a business plan, it’s hard to beat. To the film’s credit, it shows the festival for the bloated exercise in capitalism it is. But while we see the tiny flat in which about 30 Troma “volunteers” live, there’s no evidence that Kaufman stays there… With an endearing stream of quirky characters (The Toxic Avenger, Sgt. Kabukiman, Dolphin Man, Count Smokula), in-team fisticuffs, and the Carlton hotel evicting Sakmann twice, there’s no dull moments to be found. To cap things off, Doug, who seems the epitome of the drunken asshole, is shown in graphic detail after the credits, pissing in Scott’s bag.

Of course, Kaufman comes up smelling of roses – he’s not an idiot. He avoids demeaning grunt work, instead schmoozing to help sell the Indonesian rights to a 23 movie package (he gets $22,000 for that), but is also forced to keep “sucking off” [his words] the Carlton personnel and avoid a total meltdown because of Doug’s antics. Despite a professed philosophy of giving art back to the people, I’ve heard enough stories of folk being screwed by Troma to know Kaufman isn’t the saint he wants us to think; though if there was a stream of people happy to work for free, would I want to pay anyone? It’s not as simple as “Troma = good, studios = bad”, but for the purposes of this crassly entertaining “edu-mentary”, I’ll happily suspend judgement.