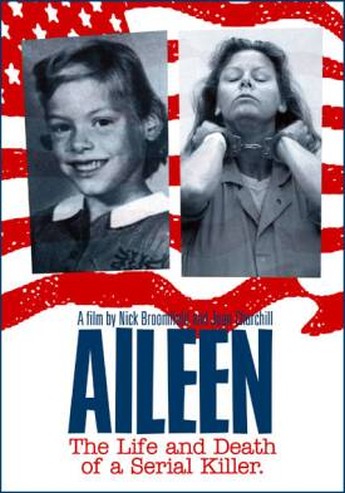 The best documentaries take the viewer on a journey along with the film-maker, but leave all conclusions open – what you take away, is up to you. [Michael Moore, please note…] Where the documentarian ends up isn’t necessarily where they expected, but if they’re good, they can roll with the flow. And Nick Broomfield is very good. Indeed, I’d venture to suggest he is the best factual film-maker currently working, and this follow up to his original film about serial killer Aileen Wuornos is a case in point.

It starts when he gets subpoenaed because of footage he has of Wuornos’s lawyer smoking a joint, but by the end, he has uncovered her childhood, sleeping rough and trading blow-jobs for cigarettes, and got the last interview before her execution, as well as her confession that her killings weren’t in self-defence at all. Though she later retracts this, Broomfield is shaken, and admits he may have been wrong [Michael Moore, please note…] – it’d leave the entire thrust of his first film flawed. This open admission strengthens the remainder of this one, since it implies Broomfield is being totally open and honest; either that, or it’s very subtle psychology.

There is also one sublime moment of black humour, where a guard asks if he has any hidden cameras; his totally deadpan response is, “No, just this rather large one.” Execution looms, and the media circus grows, with even Broomfield the focus of a scrum of reporters and microphones. By the end, it’s clear that Wuornos has lost her sanity entirely, and we are left to ponder how, precisely, society is made better or safer by the execution of a mad woman.