We’ve been watching submissions for Phoenix FearCon lately. One short was flat-out awful. But it did provoke an interesting discussion on the memorability of dreadfulness. Over the past 20 or so years, we’ve put on a range of events: not just horror events, but everything from concerts through comedy competitions to pro wrestling shows. And it’s weird how the ones which stick in our mind most, are often where things went wrong. For example, the evening where a comedian was literally run off stage by a member of the audience and had to hide in the back of a car outside. On that basis, this may be the most memorable film of the year. You may not like it. But it will probably sear itself irreparably into your cortex. 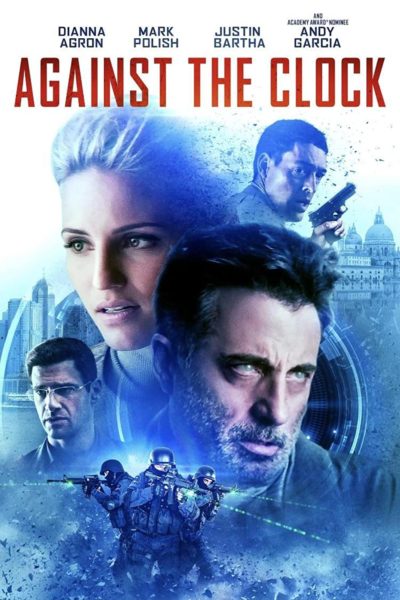 It’s one of those where the synopsis doesn’t do it justice. Here’s what the IMDb has to say: “A CIA agent is sent on a mission and ends up in a coma. CIA want to extract intel from his brain [in] a lethal way but his wife says no. His comatose mind is active. She decides to investigate.” This, while technically accurate, is about as helpful to a viewer as describing Lord of the Rings as “a fight over a bit of jewellery”. It’s all in the execution, which is quite spectacularly dreadful. Polish isn’t just the director. He wrote it, edited it, and also plays the CIA agent, Kelley Chandler. This illustrates, once again, the perils and pitfalls which can result from no-one on a film-set being prepared to tell the creative mind that what they are proposing is a really stupid idea.

Mere words are inadequate to do this justice. For what is outstandingly god-awful is Polish’s visual style, especially the chunks that unfold inside Kelley’s head. Which is a good third of the movie, or at least feels like it. It’s an apparently infinite series of sequences, in which he staggers around various locations worldwide and falls over, all jizzed up [no, that’s not a typo] with so much digital junk, the whole thing must have been sponsored by Adobe After Effects. It looks like a hyperactive 11-year-old’s depiction of cyberspace. This GIF will give you an idea of the approach, which will have you clawing your own eyes out before long.

Oh, yeah. And he fights a guy made out of smoke, because… Well, I’m sure it’s something to do with the tussle for what’s inside his noggin, but like so much, it goes entirely unexplained. Such as why his corporeal form is wrapped in glowing white tubes. Meanwhile, outside his head, his wife Tess (Agron), is trying to stop the CIA, led by Gerald Hotchkiss (Garcia, sporting an accent of uncertain origin and even more questionable purpose) from popping her husband’s brain into a blender. None of it is in the slightest bit affecting on an emotional or intellectual level. But I have to say this. You will remember it.