Playing like a Taiwanese, occult version of Men in Black, the hero is Chen Chia-Hao (Chiu), a cop who has the additional, if occasionally inconvenient, talent of being able to see dead people. After refusing to amend his report of an incident to exclude the ghost who saved him, he gets canned. But Chen is picked up by Chang (Peng), who runs the shadowy group of the title, dealing with close encounters of the spooky kind. Chen’s abilities make him an ideal member, alongside Hsueh (Wen), who gets possessed when drunk. Initially, it’s simple cases, and they act as much as Ghost Whisperer as Ghostbusters – helping reluctant spirits to move on in the afterlife. But lurking in a nearby hospital is the evil Madam Chen (Hai) – yes, the hero and villainness share the same last name. Not confusing at all… She has been sucking the life-force out of a series of young women to sustain her immortality – and her next target is Chang’s daughter, Ju-Hsin. 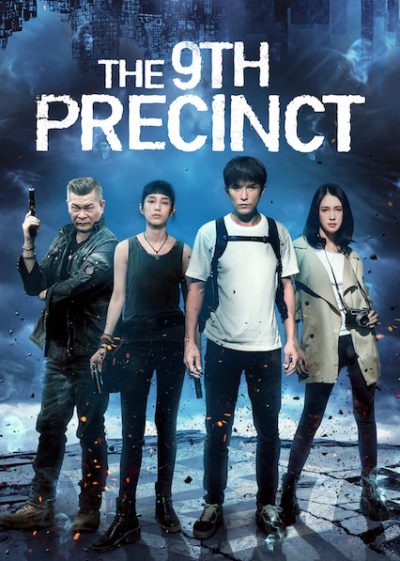 This takes a little while to come together, and you need patience in the early going. It’s also clearly intended for a local audience, so there are a few elements which I can only presume make more sense to Taiwanese viewers. These largely have to be taken on faith by Western viewers, because explanations will generally not be forthcoming. That said, once you settle into its universe, it becomes increasingly effective, with this band of misfit mediums coming together into a cohesive and fairly effective unit. Chang is the kind of character who, twenty years ago and in Hong Kong, would have likely been played by the late, great Lam Ching-Ying of Mr. Vampire fame. Magic Cop in particular seems like a predecessor, though this doesn’t have anything like the same level of insane action. On the other hand, the angle involving Ju-Hsin, a journalist estranged from her father, never develops into anything much, and you wonder why they bothered.

The look of the ghosts is effective, and I also liked the gadgets used by Chen, like the spiritual umbrella or the water-pistol which squirts holy water – an angle which could have been better developed. Early on, it does feel like it might be the pilot for a “Haunting of the Week” TV series featuring the three members of the 9th. Each episode, they need to find what’s keeping a different restless soul in our world, and help it towards a swift reincarnation. However, there’s a moment where the tone shifts, involving the death of a major character, which generates an palpable feeling of “This shit just got real.” The movie steps things up a gear after that point, and is all the better for it, reaching a solid climax which pits Chen and Hsueh against Chen and her minions. It repays the patience mentioned, and strikes a nice, if warm-hearted, balance between horror and drama – tilting increasingly towards the latter the more Madam Chen comes into play.