Well, at least I get to cross Serbia off the list of countries from which I’ve seen a movie. So there’s that. I can’t honestly saw this has much more to offer, with a plot that offers little in the way of logical sense, and English-language performances which… Hey, I respect the effort: I can barely get through a DuoLingo lesson without Chris snorting derisively, or offering a correction to my cold-blooded murder of the Spanish tongue. But you don’t see me attempting Hamlet in Serbo-Croat, do you? This is because I know better – and so should the makers here. I get wanting to make your movie in English, for sales purposes. But if you are too cheap to pay for dubbing, you can’t also be too cheap to hire people who can act in the desired language. 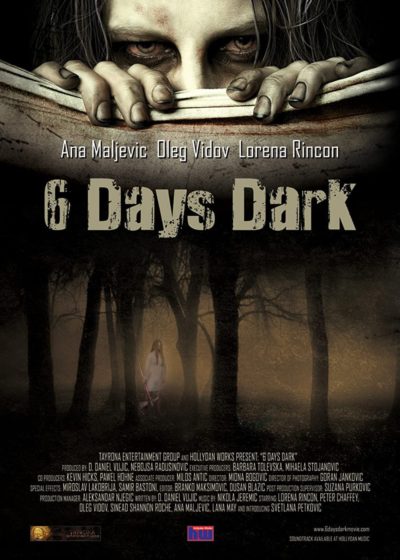 I will say, the other technical aspects aren’t bad. It’s reasonably well-photographed and lit, which lends the proceedings a feeling comparable to an upper-tier soft-porn film. Just don’t expect much actual nudity, despite a good number of quite attractive people. It’s the kind of movie which plays quite well in the background as scenery, where you can assume the story-line is coherent, and any shortcomings are due to your inattention. Spoiler: they’re not. It opens with this quote: “It was said in ancient Israel that insanity was a result of a disturbances of the mind caused by supernatural forces or an angry God, as a punishment for sins or failure to follow the commandments.” The rest of what follows is less certain.

The central character is Tanja (Petkovic), who seems a bit of a slut, having had an affair with her sister’s husband. Her latest conquest is the husband of Svetlana (May), but when he dies in a road accident, Tanja is forced to the countryside, to live with her tarot-card reading aunt. Weirdness ensues. Tanja ends up believing herself cursed by Svetlana to live in eternal darkness, and ends up in a psychiatric facility run by Dr. Matic (Chaffey) – a place which leaves axes casually around (top). He bears an eerie resemblance – that is, is played by the same actor – to her previous lover, Branko. There’s also a bit where she ends up in a dungeon. Not sure how or when that fits in to everything else.

I suspect Bogovic is going for a nightmare-like atmosphere, trying to capture the sense of insanity, with a world where the rules don’t apply. The problem is, that is not a license to throw random scenes together, and leave the viewer to figure everything out, which is what we get here. Combined with a weak central performance, it only barely passes muster. Tanja’s friend Ivana is played by a British actress, Sinead Shannon Roche. You wonder why she wasn’t cast as the lead, since unlike Petkovic, she can clearly get through a sentence in the English language without losing her bearings. Truly a case where the whole film appears lost in translation.