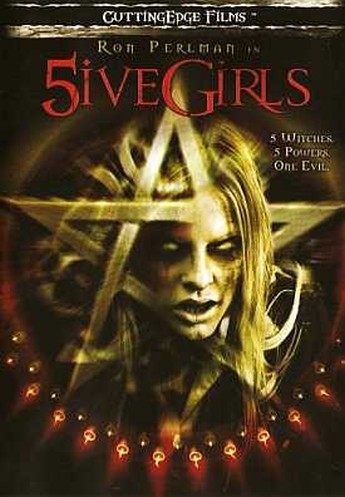 St. Mark’s School for Girls is closed after a pupil disappears. But five years later, it’s reopened for a special class of five young delinquents, in need of ‘adjustment’ under the care of the stricly disciplinarian Headmistress Pearce (Lalonde) and former teacher Father Drake (Perlman), who was driven to drink by the events previously. However, Alex (Miller) starts seeing the ghost of the missing girl, and it soon becomes clear that dark and malevolent forces are at play within the educational establishment. Though “educational” is perhaps going too far: there is precious little actual tuition going on here, and Chris was endlessly fascinated by the all-but-complete lack of food served to the inmates/pupils. Really. Which perhaps says more about how little of interest she found here.

Fortunately for the film, since I’m writing the review, I didn’t hate this as much. It would have benefited from taking its themes (those old staples: Catholic schoolgirls, demonic possession and lesbianism), and cranking up the lurid exploitation level, brimming with gore and nudity, instead of giving us something which could play on network TV with about ten seconds of cuts. On the other hand, the performances are not bad – Lalonde would be a good choice, if they ever decided to remake Ilsa – and there is the occasional moment of Buffy-esque with, usually from blind girl Cecilia (Terra Vnesa). If I could have done without the cheesy soundtrack, and more originality would have helped, I can’t bring myself to despise this. It’s good enough to be a time-waster, even if forgetting it should pose little problem.