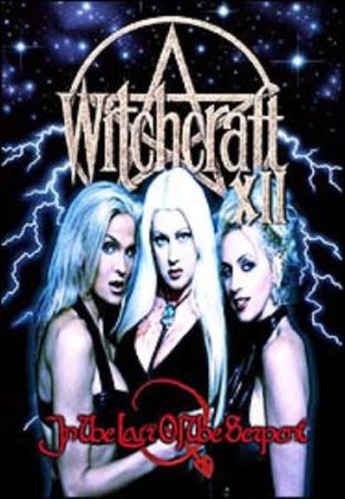 After the previous couple of outings, which made up for in loony imagination what they lacked in… Well, everything else, to be honest, we’re back to much more prosaic fare here. And by “prosaic”, I mean utterly predictable, to the extent that the first 75 minutes of this could basically be the first fifteen, repeated on a loop. Bonk session. Cult sacrifice. Rinse. Repeat. In between these, we have the latest incarnation of Will Spanner (James), investigating the murders with the aid of Detective Greaves (Clancy), while fitting in the occasional bonk session of his own with Cindy (Keijser): which is a bit tasteless, since we know Cindy’s boyfriend was the first victim. Will figures out that where the bodies are being dumped is the key, forming an occult sign on the map: and there are a couple more dots to be joined, so there are clearly a couple more murders to be done, somewhere between the low-rent warehouse the cult calls home, and the really low-rent stripclub where they trawl for victims.

About the only surprise this has to offer is the discovery that Spanner can apparently shoot lightning-bolts bad visual effects from his fingers, something utterly unused or even mentioned over the previous 11 movies. Aside from the utter lack of logic – even by the low standards of the series – the micro-budget seems even more painfully evident than usual, and new director Sykes fails to bring anything of note to the table. James is also pretty bad as Spanner. According to the IMDB it was his feature debut: that shows in his performance, and it’s also telling that it’s virtually his sole career credit (save an apparent bit-part in what appears to be a Shakespeare pastiche). In a series of hugely-variable entertainment value, this one was truly a chore to sit through, and likely represents the low-water mark of the entire saga.