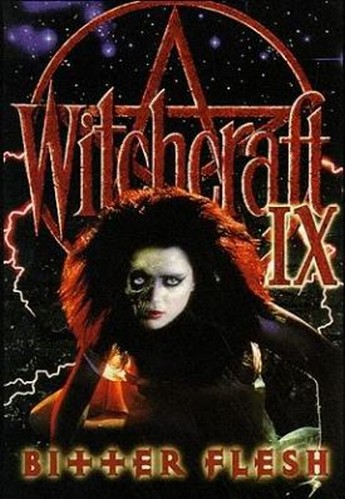 If this makes less sense even than usual, it’s because the producers chose – probably wisely – to ignore part 8 completely, instead crafting a sequel that follows on from #7, with the same actor (Byrnes) playing Will Spanner. Except, it starts in an art gallery, where Spanner was apparently killed. Don’t remember that in part seven. It turns out he’s not really dead: more like, someone has hijacked his body for nefarious purposes, leaving his soul to wander, unable to communicate with anyone. Anybody, that is, except for large-breasted hooker Sheila (Hall), who can hear his voice. The reasons for this are explained, but let’s just say, they probably shouldn’t have bothered. Together, they have to find out who is marching round town in Spanner’s body; meanwhile, in a plot thread that seems almost entirely independent, Detectives Lutz and Garner (Beaton and Robins) are investigating ritual murders, in which young women are cut open, their hearts remoived, and symbols scrawled in the vicinity, such as the good ol’ “eye in the pyramid.” Oh, look: this is not as completely unconnected to Spanner as it seemed.

And that may be a large part of the problem, with a fairly consistent feeling like you’re flicking between a soft-porn version of Ghost and a remake of Blood Feast: neither are as interesting as they sound, and you keep just missing all the good bits [and I mean good bits, not “good bits,” if you know what I mean, and I think you do…]. Concentrating on one or other story would have likely have been much better: both of them have kinda interesting elements, but neither are given enough chance to develop. Despite the supernatural elements, the horror aspects are all but forgotten entirely, with the most frightening things here being some of the unnatural breasts. I’ll be having nightmares. To be fair, the performances are not too bad, and the film does sometimes work better than you’d expect, as a result – it’s certainly a significant improvement on the nonsense which came before. However, the execution of most other aspects is as weak as ever, and you’ll probably find yourself flicking channels for real, well before the end.