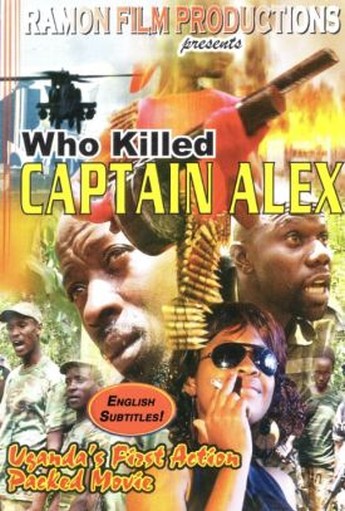 Having heard almost nothing about this beyond “You’ve got to see it,” I wasn’t sure what to expect. Post-viewing… I’m still not quite sure what I experienced, but I certainly have to echo: you’ve got to see it. I’m tempted to leave it at that. However, some more explanation may be helpful. It is a microbudget action film, shot in a Ugandan township, about the titular top policeman (Wilson), who takes on the feared Tiger Mafia, and arrests the brother of their boss, Richard (Ernest). The mobster vows revenge, and sends a squad into the police-camp to take our the good Captain; but, it appears, someone else gets their first. The remaining cops blame the Tiger Mafia, and recruit Alex’s brother, who just happens to be a master of Ugandan Shaolin kung-fu (!), to lead their attack, while Richard and the Tigers plan their own assault, which involves stealing a helicopter to bomb downtown Kampala.

That last, in particular, is a severe over-reach for the film’s budget, estimated at $200 – and no, that is the correct number of zeroes there. But everyone involved is so spectacularly committed to the production, it survives having guns made of plastic pipes tied together and a soundtrack which includes, bizarrely, an easy-listening (and likely, entirely unlicensed) version of Seal’s Kiss From a Rose. It just goes to show how far enthusiasm, inventiveness and energy will go, in terms of covering up budgetary shortcomings. Of course, it’s not the kind of thing you can repeat endlessly, and I hope Nabwana does learn, grow and move on to bigger, better things, for he certainly has the raw talent necessary to succeed. Making the most of that, will decide whether or not he becomes more than a one-hit wonder, with a film driven purely by the novelty of being unlike anything you’ve ever seen before.

Perhaps the key factor there, is VJ Emmie. In Uganda, it appears, for language and cultural reasons, films are screened in video halls, accompanied with a running commentary by these “Video Jokers”, who translate dialogue as needed, and provide a running commentary that is part cheerleader, part MST3K sarcasm. I hesitate to bring up the cliche of black people talking back to the screen, but… yeah, it’s exactly like that, a non-stop barrage of frequently off-color remarks. For instance, when a woman is threatened by Richard, “Marry me – or die”, the VJ roars “Welcome to Uganda!” and then suggests she’s being tortured for watching Nigerian movies. It took me a while to realize these interjections were not some random character standing off-screen, but once I got that, and decided to go with it (you certainly can’t ignore it!), I adored this entirely bonkers approach. As with the movie as a whole, your mileage may vary.