This was critically slaughtered. Google the title, and among the first five results is a review that begins, “If you know someone you really can’t stand — not someone you dislike, not someone who rubs you the wrong way, but someone you really loathe and detest — send that person a ticket for Suicide Squad.”  Yet it was also a huge commercial success, grossing three-quarters of a billion dollars worldwide, despite not being allowed to open in China, now the world’s second-largest film market. The truth, as ever, falls somewhere in the middle. 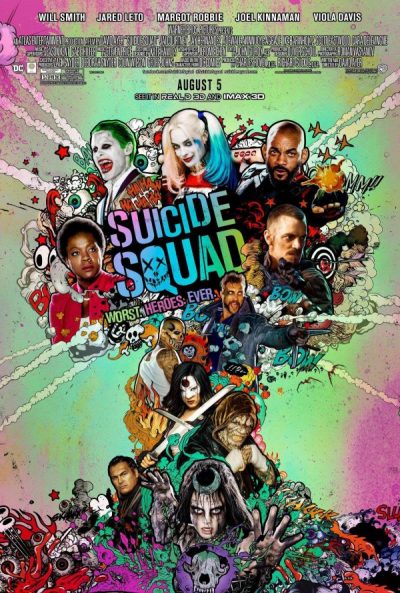 For Suicide Squad is… okay. It feels too much like DC saw The Avengers and thought, “Shit – we need something like that, and yesterday. Oh, and make it edgy.” However, they forgot that The Avengers was the end result of a carefully-structured and planned narrative tree, which introduced the likes of Iron Man, SHIELD, etc. Suicide Squad is more like DC unloading their entire ammo clip into the darkness, hoping to hit something. As someone not familiar with their comic output at all, only the movies, I was mostly left going, “Who’s that?”, as another superhero was wheeled onto the screen. The apparent expectation was that I’d know who the hell it is, and be appropriately impressed. Didn’t quite happen.

The first half is actually briskly entertaining. The team of reprobates is assembled. at the behest of government agent Amanda Waller (Davis), with the aim of using them to counter any malicious supervillains who show up. And, whaddya know, one immediately does: a witch who has possessed the body of…someone or other, don’t worry about it, because it’s not important and we’ve got to get on with parading all these cool metahumans for you. These include Deadshot (Smith), who never misses, and Harley Quinn (Robbie), the Joker’s other half in the ultimate abusive relationship. They are sent in to the war-zone which Midway City has become, to rescue a trapped VIP. Only, to no-one’s surprise at all, it turns out that Waller has Another Agenda.

Which is where the film falls apart, in a second half that parades a muddied mess of uninteresting sub-narratives and poorly shot action scenes, completely indistinguishable from every other comic-book team-up pumped out of Hollywood’s sphincter. This is a shame, since the concept of making the villains the heroes is neatly subversive. But it only works for one character: Harley Quinn, who “owns that shit” in a gleeful way which is closer kin to Heath Ledger’s Joker, than the pale imitation offered by Jared Leto here.  For everyone else, you either don’t get the sense of them being genuine villains, e.g. Deadshot, not least because he’s Will Smith, or they’re given so little screen time to develop, you don’t get any sense of them at all. As a result, the film only comes to life when Quinn is on screen, providing it with a sick heart that is otherwise absent.

Beyond her, I did enjoy the soundtrack. It does little more than rip off Guardians of the Galaxy’s mix-tape concept, but the tunes used here are flat-out better, and it’s not even close. For example, Guardians had “Spirit in the Sky”; Suicide has “Sympathy for the Devil”. Otherwise though, this falls well short of capturing the anarchic feel present in the delicious “Bohemian Rhapsody” trailer. I wonder what happened to that movie; y’know, the one I actually wanted to see? Maybe the looming extended version could make a difference, though rumblings suggest this likely contains additional Joker, and I didn’t exactly leave the film thinking, “What this needs is more emo Juggalo”.

Maybe this works better for comic fans, who are aware of the backgrounds to the characters. For me, it felt like DC would have been better off introducing them first, then eventually bringing us this team-up. Going for a soft PG-13 rating, if understandable, also seems like a cop-out: “We’re bad guys! It’s what we do!” says Quinn at one point – but the rating means they feel less like bad people, than people having a bad day. It’s not entirely without merit – the mooted Harley Quinn solo film has definite potential, especially if light on the Joker. But forgettable? Thoroughly. 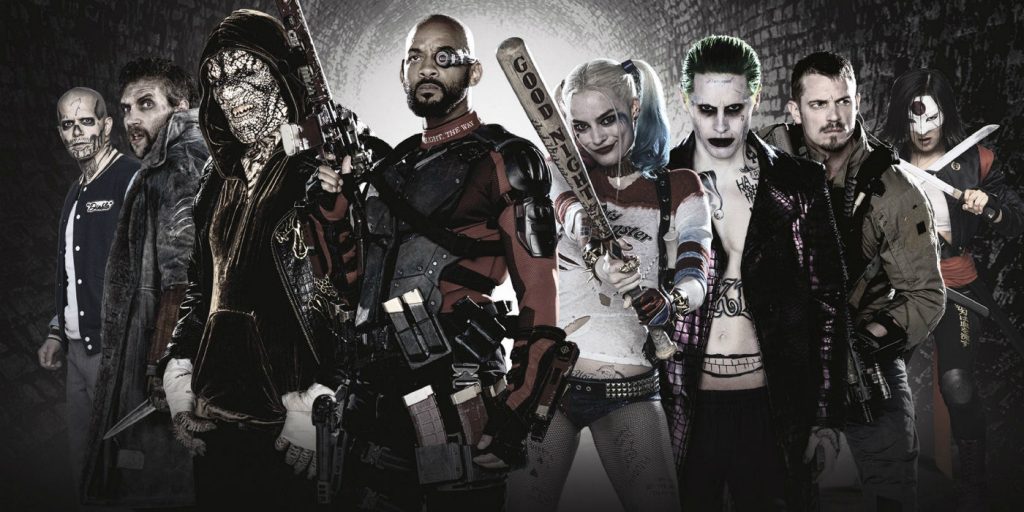