This is a bit of an awkward film, which probably tries to cram too much in, and as a result, isn’t able to do any of its themes acceptable justice. Each element would probably have worked better on their own; mashed together into some kind of teenage Frankenstein of a movie, they’re less effective. It begins with the hell which is the high-school life of Dutch girl Elizabeth (van Parijs). She’s being bullied relentlessly, in some quite appalling ways, by classmate Sabina (de Boer) and her pals, for being fat, ugly and the rest. Elizabeth isn’t really any of those things: just plain and somewhat chunky. She only has eyes for class hunk Eric, but he already has a girlfriend, Riley (Hooftman). What’s a sensitive, emotionally unstable, bullied teenager to do? 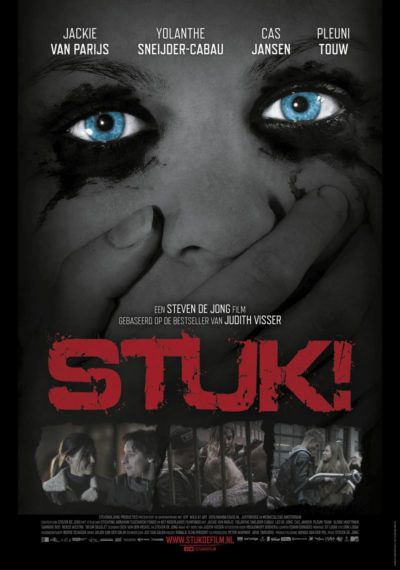 If you guessed, “kidnap her rival and keep her tied up in an abandoned factory,” give yourself two points. But it’s at this point that the film’s problems arise. While there’s no doubt Elizabeth is a victim, it becomes increasingly clear she’s also a goddamn loony, and as such, it’s impossible for the audience to remain sympathetic to her plight. Indeed, it turns out that Sabina has some justification for her #FatHate, in that her sister died as a result of overeating. Or something: it’s one of the weird plot points, that this film throws in, and never properly explores. The same goes for the serial killer apparently operating in the area. This is brought up early in proceedings, and I was left waiting in vain for this to show further relevance. It never does.

Indeed, we’re introduced to a pair of police officers early on, in a way that makes it seem as if they too are going to end up being significant characters. They then vanish from the film, until after Riley’s abduction leads to the authorities’ involvement. Finally, do not even get me started on the final twist, which was both obvious and added little. Maybe the book by Judith Visser, apparently quite famous in the Netherlands, does a better job of keeping all these strands moving in the same direction. But as mentioned, on their own, each of them have moments which work reasonably well. The performances are sound, with de Boer making for a particularly hateable queen bee of the school, and van Parijs a good turning worm.

From the first half it felt like, if Elizabeth was going to kidnap anyone, Sabina would be the most obvious target, as the source of much of her victim’s pain. That would have been something the audience could perhaps have got behind, rather than taking it out on an innocent like Riley – especially when the victim character has been so under developed to that point. Instead, it’s a transition the film doesn’t manage to pull off, and the second half of the film is left in severe need of a genuine protagonist.