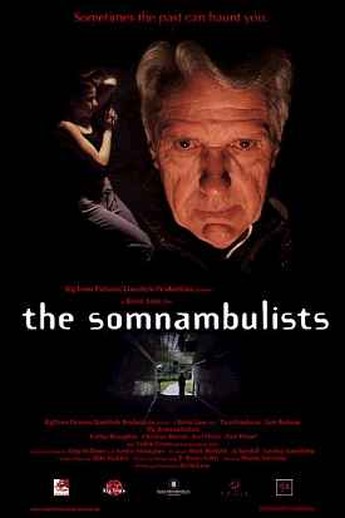 The film here made me want to lead a mob of torch-wielding villagers on Pendulum Pictures’ HQ. It was just getting going, when the credits started rolling again. “That’s weird,” I thought – my first instinct was the DVD had skipped back to the beginning. No: these were different. I finally realised why: they were end credits. This was a short, only 25 minutes in length. The only way it reached feature length was if you included the making-of documentary and a large chunk of footage from the premiere. Looking at the running time on the cover, that’s exactly what Pendulum did. It may seem churlish to complain, given the price of the set, but it’s underhand and sneaky. Dammit, I won’t go, “What? Five features and a short? That’s not worth $9.99!” Be honestly up-front and I’ll love you for it; lie to me, and why should I trust you next time? It’s just like any relationship. 🙂

Anyway, not the makers’ fault and, for what it is, this is kinda interesting; Francesca (Goudreau) learns from her grandfather (Redmond) of the folklore that says the dead who have been wronged can come back to us in our dreams. Is that why she’s having terrible nightmares? And are these connected to the serial killer at loose in the town where she lives? As the first twenty minutes of a feature – which is how I was watching – this has an interesting premise, and then the focus shifts nicely onto two cops investigating the killer. But to have the carpet yanked out from under me, as I was settling down to enjoy a good feature-length yarn, evoked a sense of abandonment, previously only experienced in a drunken state and at the hands of strippers. Curse you, Pendulum Pictures!