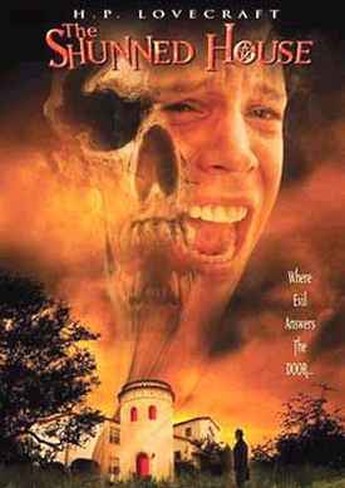 Part of me wants to give this a somewhat higher mark, since Zuccon does an excellent job at creating tension on a small budget. Simple things like music, small amounts of blood, and a strobe light come together effectively with the camerawork, to build a sense of dread. And that’s entirely appropriate given the source material – three stories by master of lurking terror, H.P. Lovecraft. The problem is that Zuccon has no idea what do with the horrific atmosphere built up, or real concept of wrapping it into a story. Oh, sure, there’s mumblings about opening gateways to other dimensions through the spilling of blood, and how the Italian villa at the center of this has been rebuilt multiple times, always from the same plans. But the entire meat of the plot is disposed of in about three minutes, and we’re then back to more scenes of undeniable artistry that go nowhere much.

The villa is visited in the present by writer Alex (Lorusso) and his photographer girlfriend Rita (Quaglieri), who are exploring the place’s history, and the large number of suspicious deaths within its walls. Gradually, the time-line appears to blur; a writer (Michael Segal) and mathematician (Cerman) from the past, as well as a mute violinist (Vaccaro), begin to interact with the modern guests. The longer this goes on, the weirder, bloodier and, unfortunately, less comprehensible it becomes. Lovecraft’s work has proven tricky to adapt, even one at a time; trying to merge three into a single entity probably counts as foolhardy rather than brave. Still, Zuccon’s visual sense can’t be denied, and those who like the Italian approach to horror, where logic is generally less important than style, might be more impressed than I.