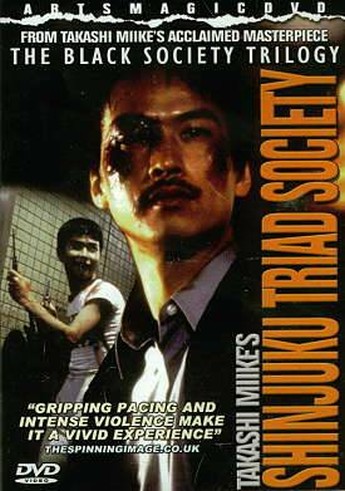 If you ever go to Japan, stay out of the hands of the police. That’s the main lesson learned from this film, where it’s hard to say who’s more twisted: Taiwanese gangster Wang (Taguchi), who has funded a hospital in his home town purely to ensure an uninterrupted supply of transplant organs, or equally brutal cop Kiriya, who uses rape as an interrogation technique. It doesn’t help that his brother, a law student, is involved with Wang, and Kiriya takes it upon himself to “rescue” his brother from life-choices he deems questionable. Adding extra depth is Kiriya’s part-Chinese origins, which doom him to the fringes of Japanese society, much like the triads he is fighting – the film’s dialogue mixes Chinese and Japanese languages to enhance the ‘stranger in a strange land’ feel. Yet, for a borderline psychopath, Kiriya doesn’t come across as a bad guy; he’s just doing what he must, to protect both his family, and a society that hardly respects him.

The tone falls somewhere between John Woo and Takeshi Kitano; specifically, A Better Tomorrow and Violent Cop, with perhaps a little Bad Lieutenant in the mix too. Despite this, it’s unmistakeably Miike: politically incorrect (the woman Kiriya rapes falls in love with him!), and containing the usual “I can’t believe I’m seeing this” moments. There are also dollops of black humour which, combined with the gleeful execution, defuse some – not all – potential grimness. The film does lose its way somewhat, with a detour to Taiwan that is probably unnecessary, before returning to the expected bloody climax when Kiriya finally comes face-to-face with Wang. This may not be a film with many surprises, but even though it’s early Miike, it’s clear he had talent to spare, and a style all his own.