On the one hand, there is probably not much in the basic story here, which you haven’t seen a hundred times before. A guy gets out of prison, and tries to go straight, for the sake of his family? Surely not. He ends up getting pulled back into the criminal world for one last job? You don’t say! Which, naturally, ends up going wrong and imperilling everything he holds dear. Yeah, the ingredients here are not exactly novel. Yet, the setting in which they unfold is a new and interesting one, while the execution is crisp enough to keep this engaging, despite the familiarity of the story elements. 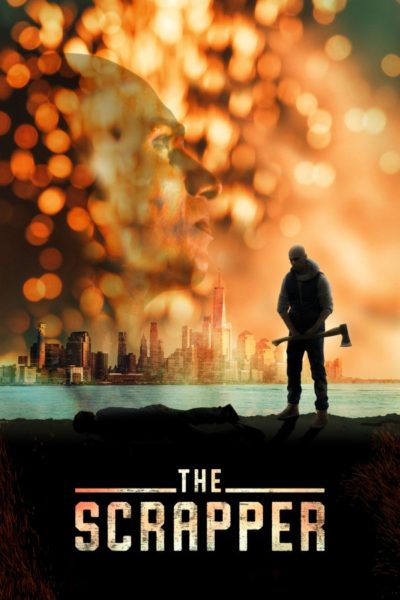 It takes place in Queens, New York, where the criminal elements in two immigrant communities, the Punjabi and Mexican, have forged an uneasy alliance, with the former group laundering money for the latter. Jake (Kang) is the man recently released from jail, and seeking to start afresh in upstate New York, with his wife, Kitt (Paloma), and mentally challenged little brother, JD. However, his sister, Linda (Lee) who runs a scrapyard, is $100,000 in debt to the cartel – in part because of money spent to help Jake in prison. He agrees to rob the restaurant used as a front by corrupt cop Raj (Chakrabarti), and steal the Mexican money waiting to be laundered. It appears to go well: Jake and his family do get out of town. Then the cartel realize Linda paid off her debt with their own money…

I’d never thought about this particular combination before, but the way the film explains the overlap between the two communities makes a good deal of sense. Yet the sharp separation between them – this truly is a marriage of convenience – creates an underlying tension, with an inherent lack of trust, that helps power the film, especially at the end. It feels like Kang took inspiration from the “heroic bloodshed” films that came out of Hong Kong in the 80’s and 90’s, in which an anti-hero draws a moral line, then explodes in violence when pushed past that point. I was also reminded of Heart of the Dragon, where Jackie Chan had to take care of his autistic younger brother, played by Sammo Hung.

I’ve written before about the perils of low-budget film-makers trying to wear too many hats, yet Kang does a good job of avoiding these pitfalls. His writing, directing and acting all appear consistent: there’s no sense any of those jobs were done out of necessity, or that his talents lie in any particular one of them. His supporting cast are well-chosen too, with their performances all pulling in the same direction, which is not always the case in low-budget cinema. There’s a grimly realistic approach to the violence, and people here tend not to die easily; the scene where Jake wields an ax enthusiastically, is probably the most memorable. Those ingredients may be familiar, yet the finished dish is tastier than I expected.