This should probably be filed in the category of “interesting failures”. As Netflix Originals go, it’s likely more… well, original than most. And given this is basically a zombie film, that’s almost essential. For the walking dead genre these days has itself become a bit like the walking dead: continuing to move, purely on instinct, and largely bereft of conscious intelligence. There are some interesting ideas here, and some great moments – one all-time classic, in fact. Yet they never manage to gel into a coherent entity, with the whole being less than the sum of its parts. I did admire the way this felt no need to go over the rules for the N millionth time. We all know that if you get bitten, you’ll turn, and this don’t require explicit exposition any more. 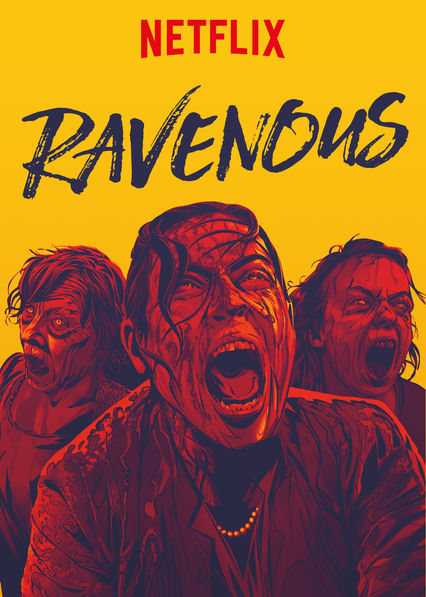 It takes place well into the zombie apocalypse, with the film initially following several different survivors. Bonin (Grondin), patrols with his pal in a pick-up truck. Céline (Poupart), who lures out zombies with her car radio. Tania (Chokri), a woman with a bite injury, she swears was by a dog, not another human being. Eventually, these threads come together, and after the group is forced out of their stronghold, they strike out across country, seeking safety. So far, so usual, though it has some interesting wrinkles. For example, a running joke about a survivor who likes to scare other survivors, has a quite glorious pay-off. But what distinguishes this are the zombies, who are less zombie-like than usual. They exhibit intelligence, communicating and luring in their human prey, as well as showing signs of social organization. In the most bizarre manifestation of their nature, they create towering shrine-like constructs, such as one in the middle of a field, made out of stacked chairs (top). It’s a concept I’d like to have seen explored further. Instead, the film is content simply to let all of these elements dangle, without significant explanation or exploration.

That sums up the problem here. The makers have some interesting ideas, they just aren’t integrated effectively into the movie. The results are worth watching, for the effective moments. However, you reach the end and I suddenly realized, despite the frills, I had watched the same zombie movie I’d seen too often before, and which largely stopped being of interest a decade or so ago. Being set in Quebec is not enough to make it stand out from the pack. On the other hand, this is probably the first film in the zombie genre to have a character that carries an accordion with them everywhere. Most remarkably, it eventually turns out to be an accordion necessary to the plot. Though it may be telling that I remember the musical instrument, yet had to look up the character’s name. Not, I guess, that it matters. However, the final shot, complete with gratuitous parrot, likely confirms this is too damn obscurist for its own good.