A group of three young thugs think they have found an easy mark: they’ve been told a doctor’s house has a safe, within which, it’s assumed, is a trove of valuables. Breaking in while the owners are out, they find themselves unable to open the safe. So they opt to wait until Dr. Huggins (McCoy) and his wife, Ellen (Tushingham), return, so they can extract the combination from them. This is much to the discomfort of one’s girlfriend, Mary (Williams), who has unwillingly become involved in the escapade. The gang is sharply divided over their willingness to use violence, and this eventually leads to corpses, with Mary and one of the perpetrators (Ellis) left in the presence of the Hugginses. As the saying goes, they’re not locked in with you – you’re locked in with them. 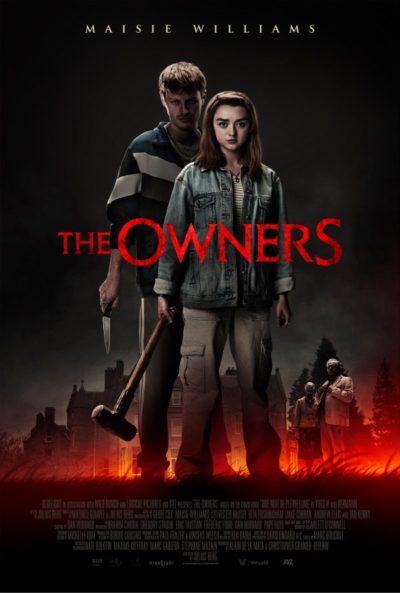 It’s an intriguing premise: who could not fail to be lured in the prospect of Doctor Who versus Arya Stark? But it managed to lose me in the middle section, in particular with the way in which the gang split; this felt amazingly contrived. Would someone so apparently unwilling to use violence against a stranger, be so readily prepared to use it against someone they know? It’s a leap which the film simply makes, and requires the audience to go with them on faith, rather than as the result of established characterization and motivation. From then on, I found myself looking for narrative flaws, and found plenty of them. For example, the way no-one looks for a way out of the house, that doesn’t involve a door.

There are positives to be found in the performances of McCoy and sixties icon Tushingham, who act rings around most of the younger cast (Williams is, unsurprisingly. the best of that bunch). There’s a particular edge to Dr. Huggins who can go from seeming genuinely concerned about the health of his home invaders, to callously indifferent, in the course of a sentence. Tushingham also does a very nice job of portraying someone apparently affected by dementia, who mistakes Mary for their daughter Jane. [Chris wondered whether Lynn Lowry, queen of the contemporary psycho-biddie genre, was unavailable] I’d rather the film had focused on them from the beginning, in part because the gang are thoroughly unlikable.

The film is burdened by some bizarre stylistic choices, not least a sudden, unannounced and inexplicable change in aspect ratio for the final reel, which had me wondering if I needed to reboot our Roku. The script also throws more at the audience than is needed. A plot involving Mary’s missing twin sister (!) is not really needed, and yet it’s absolutely no surprise when it comes into play during the later stages. The results are all just too overwrought, operating mostly at a high volume of intensity. It’s difficult for any film to sustain, especially a director like Berg who is making his first feature, and even harder for an audience to endure.