Playing very much like a lesser episode from Black Mirror, this has VR researcher Ren Amari (De Gouw) working feverishly towards the launch of OtherLife, the project she and partner Sam (Power) have pioneered. It’s “biological software”, which can create memories that are indistinguishable from the real thing. The driving force behind Ren’s work is to help her brother, Jared, who has been in a coma since a diving accident. However, Sam’s motive is less altruistic: he’ll take money from any investor – even the government who are interested in its possible penal uses, allowing lengthy sentences to be “served” in a fraction of the real-world time. Ren objects, but after an accident testing OtherLife apparently causes the death of her boyfriend, Danny (Cocquerel), she agrees to be a guinea-pig in the penal version of the application and “serve” a year sentence as a test. 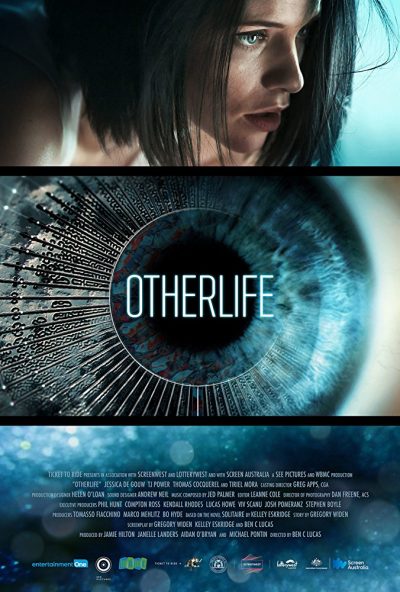 Which is where things start to get weird, because it becomes hard to distinguish between the real world and OtherLife’s imitation of it. If you remember Cronenberg’s eXistenZ, you’ll know the kind of thing to expect: is what Ren experiences objectively taking place, or is she instead trapped in an impeccable simulation? One of the areas for future development was the possibility of the scenario responding to user actions, and a bug opens the door to this potentially becoming viable. But it also becomes clear that Sam has an agenda of his own, and is looking to muscle Ren out of her own creation.

The difference between this and Black Mirror, and where this falls most obviously short, is that Charlie Brooker would have explored the full social ramifications of this technology. These are clearly enormous, yet save a couple of references in passing, the story here limits itself to the possibilities of a virtual jail. Nor is it ever explained why this would necessarily be a bad thing. It may not be what Ren envisaged for her techno-baby, yet this is what happens to any new invention. “The street finds its own uses for things,” as William Gibson wrote, and the government will too. [It works both ways: the modern Internet is largely based on defense-funded research into computer networks]

As a result, this isn’t especially enlightening or thought-provoking as social commentary, and nor is particularly good as a thriller. Is Sam supposed to be the villain? The government? Neither of them are actually stopping her from working on her brother’s condition. Sam just believes, like any good capitalist, that charity cases should not take precedence over what pays the bills. The approach shown to testing is also… Well, let’s just say, randomly throwing people at your application is not at all how things are actually done in the real world of professional software development. If you’re looking for a shiny, nicely-produced, but eventually empty slice of technophobia, this delivers. I’m not convinced there’s more to it than that.