If you’re looking for a nasty, mean-spirited slasher in the vein of The New York Ripper, this should do you nicely.For this feels like it would fit very nicely onto the DPP list of UK “video nasties” from the mid-eighties; I can imagine it being flogged on the quiet at a dodgy street market. Though especially in the area of acting, this is likely superior  – even if, truth be told, most of those weren’t very good. Night Caller is the story of hotline psychic, Clementine Carter (Priver), who is being troubled by calls from, and visions about, serial killer Andrew Lubitz (Railsback).  He scalps his victims or removes their faces, and appears to have major issues of gender, largely stemming from an abusive childhood, which turned him into a second-generation psycho. 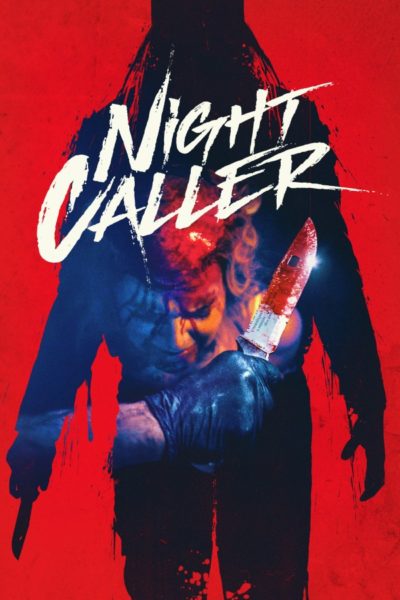 Since he spirits his victims away, leaving no trace, there’s nothing for the police to investigate. Despite Clementine’s maternal history of paranormal talent, and her former cop father (Miano), she knows they wouldn’t take her seriously. So it’s up to her, with the only slightly useful help of her hotline colleague (Ling, overacting magnificently) and Dad, to stop Lubitz from further murders. Well, too many more murders anyway; for we get out fair share of slaughter, with a grungy, purely practical approach to effects which enhances the throwback feel. As does the overall style, with a lot of scenes given a sickly green pallor, like a washed-out VHS tape. Perhaps a third-gen copy from that questionable street trader.

Oddly, the cops appear to have strayed in from a couple of decades earlier, with their car (and that of the killer) as well as their attitude feeling particularly anachronistic. Not sure what that’s about. However, since they are about as much use as the proverbial chocolate teapot, I would suggest ignoring them entirely. It’s better to focus on Clem, and especially the relationship with her film-fan father, which is the emotional heart here.I really liked Priver’s performance: it is grounded, and about as far from the typical “final girl” as you could imagine. Though you’ll probably find yourself slightly distracted by the various bits of movie memorabilia in the background.

The main problem, however, is a definite sense you’ve seen just about everything here before. Lubitz, in particular, comes over as someone who has seen Silence of the Lambs too often, not much more than a Buffalo Bill wannabe. He is just not interesting, despite (excessive?) effort put into trying to give him depth and a backstory. This is one of the times where being a simple, shark-like killing machine might have worked better, as the motivation offered is unconvincing. There is still enough substance in the other areas to make for a decently grubby experience, one will potentially have you reaching for the hand-sanitizer afterward. Which was clearly the intent, so mission accomplished there.

The film is released today, and is available through Amazon Prime and iTunes.