The Mothman case is one of the oddest in American paranormal history. It took place in West Virginia, around the town of Point Pleasant, beginning in 1966. Multiple witnesses reported incidents where they encountered a giant, bird-like creature with glowing eyes. Lore has the reports connected to, or peaking shortly before, the collapse of the local Silver Bridge on December 15, 1967, killing 46 people. The stories spread after the publication of paranormal writer John A Keel’s book, The Mothman Prophecies, in 1975, which later became the source for Mark Pellington’s film of that name, starring Richard Gere (its writer is interviewed here). Much like Roswell, the small town has capitalized on the publicity, running an annual Mothman Festival since the release of the movie in 2002. There’s also a Mothman Museum in the town – its owner, Jeff Wamsley, runs the festival and is one of the main subjects of this documentary film. It explores the story, concentrating mostly on the period after the bridge disaster, when attention drifted away from the Mothman. 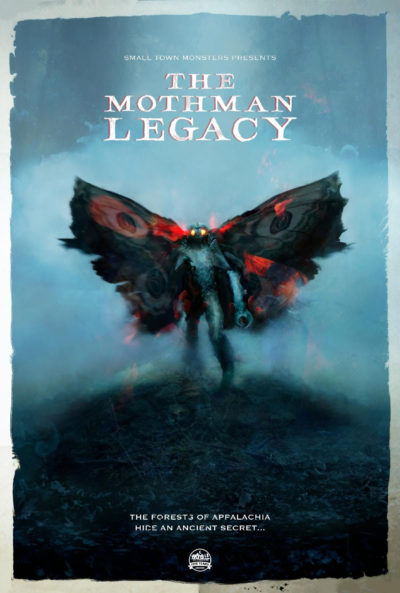 No matter how pure their intentions may be, it always makes me a bit suspicious when there are people with a commercial interest in sustaining a myth. [Having grown up 30 miles from Loch Ness, I always suspected that if Nessie didn’t exist, the local plush toy industry would have had to invent her.] Neutrality tends to go out of the window when the paranormal provides your bread-and-butter, and on that basis, I’m inclined to take Wamsley’s pronouncements skeptically. I was more convinced by some of the eye-witness accounts, which are severely creepy, simply because they are so straightforward, and those telling them have little to gain. They’re enhanced by Breedlove’s recreation techniques, which combine footage with digital effects to good result (as at top). However, it’s what isn’t shown which may be most effective. For example, there’s the woman’s story about how, when she was a little girl, she frequently heard something very large landing on the roof of her house during the night, then walking about before taking off. Just hearing this, I suddenly lost all interest in visiting the scenic woods around Point Pleasant. Or at least, on anything other than a day-trip.

The documentary does explore some potential explanations, such as the sandhill crane, described by one interviewee as the “swamp gas” of the Mothman phenomenon (referening a notorious suggestion by UFOlogist J. Allen Hynek, during his skeptical days in 1966). It also suggests a potential connection between the Mothman and the “banshee” of Celtic folklore, a legendary harbinger of doom. This does seem a bit tenuous, based largely on the original settlers in the area being mostly Scots and Irish, so bringing their tales with them. Personally, I found this most effective when it was most grounded – though I confess, I’d like to have heard more about the Mothman Festival, and what it entails! [The ever-helpful Wikipedia tells me it includes “pancake-eating contests, and hayride tours of locally notable areas.”]

Is there a genuine, physical entity here? Hard to say, and the evidence presented here is probably not going to convince any skeptics. But if you’re someone with an open mind and an interest in Fortean events like this, this will still be an interesting watch, and capable of provoking more than the odd chill down the spine.

The Mothman Legacy is out now on all major digital streaming platforms, from 1091 Pictures.