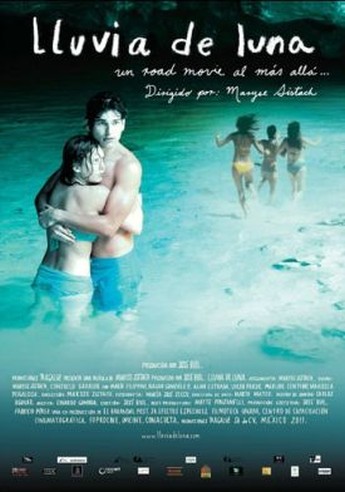 Angela (Fillipini) is a singer and single mother with a teenage daughter, Lisa (Gonzalez), who is as rebellious as her kind usually are. Lisa finds the wallet of Pablo (Estrada), a musician at a party she attended and is delighted to have an excuse to meet him again, declaring Pablo her “soul mate.” While sneaking out to do so, she suffers a fatal fall, the shock destroying Angela’s will to sing. Taking her daughter’s ashes to the beach to scatter them, Angela eventually re-finds her voice, but the act somehow triggers a resurrection, and the dead girl is “reborn” on the beach, where Pablo and his three girl-friends [which seems more than a bit greedy to me] are having a weekend chill-out. Pablo’s current girlfriend, Chabe (Pardo) is not too impressed with the new arrival, or Pablo’s growing attraction for her, and a conflict is inevitable.

It’d make a great short film, but at 90 minutes, is about, oh, seventy too long. Particularly in the first half, this is both confusing and over-stretched, starting with Lisa being dead, and the girls phoning Pablo, then jumping back to happier, more alive times. For the first half, Chris kept asking “Is this a horror movie?” and it’s fair comment since, even when the supernatural elements come forward later on, the content remains fringe at best, and is handled too gently to generate any darkness of feelings. Instead my main reaction was confirmation of my belief that young women should be kept chained up in the house until the age of 21: nothing good can come from letting them out before then. There’s a final twist which I’d called an hour previously, then promptly forgotten about, so was somewhat surprised when it was revealed. Not sure that’s necessarily a good thing, and I doubt the rest of film will stick in my memory either.