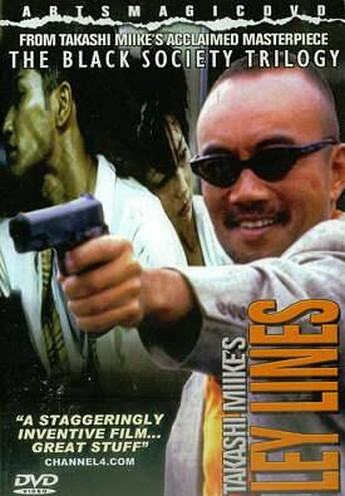 Fed up with country life, three young toughs head to Tokyo, where they find life no easier. They fall in with a drug dealer, selling toluene, but plan one big score, so they and their hooker friend (Li) can all escape to a new life in Brazil. Having seen the other two films in the trilogy, I had a feeling how this was going to turn out, and I was almost right – but I’m not sure. It is a beautifully-shot film, and credit is due to Naosuke Imaizuki as the cinematographer. There’s a lot of hand-held camera, little artificial light (when the characters enter a dark room, so do viewers) and imaginative use of filters, though in at least one scene, you might wonder if this imagination could have been put to less disturbing use. This may not be the best film in the set, but it’s certainly the best-looking.

It’s less a story, than a series of scenes which loosely connect. Plot threads pop out of the woodwork or vanish, almost at will, and there’s something not quite right about the pacing. After the big heist, things should continue to build, but the film slides off in another direction which loses a lot of momentum, and this lessens the impact considerably – the movie is unquestionably at its best in the urban jungle. [Though, oddly, some dialogue is bleeped out!] The final shot is open to interpretation; even the question of whether characters live or die is unanswered (hence my uncertainty above). However, such ambiguity is entirely in the spirit of the piece, so comes across as more fitting than irritating.