It’s rare for an action movie, especially a war one, to exist without an actual antagonist. This is set in 2006 Afghanistan, where the British army was part of the forces attempting to suppress the Taliban, yet the film avoids exploiting the obvious enemy. Even though there’s one point where it appears those insurgents are approaching, oddly, they’re not mentioned again. Instead, the threat comes in the completely impersonal form of mines – a legacy from the Soviet occupation, washed from their original location into a dry river bed, creating a threat not marked on any map. A trio of soldiers enter this deathtrap while on a mission, triggering the first mine, which blows off the unfortunate squaddie’s leg. When help arrives, things go from bad to worse as further mines are detonated during the rescue attempts, leading to additional casualties. The only helicopter immediately available doesn’t have a winch, so will have to land in the minefield. It’s no spoiler to say, this doesn’t go well either. 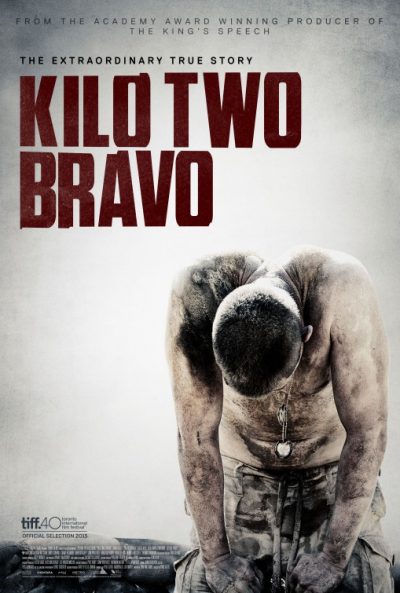 Indeed, it’s perhaps not possible to “spoil” this. As the alternate title makes explicit, the film is based – from what I’ve read, very faithfully – on an actual incident, albeit one I hadn’t heard about going in. It opens quietly, depicting a new arrival at the soldiers’ observation post overlooking a dam, where life consists of long spells of tedium, and occasional glimpses of their targets. The banter has an authentic feel, filled with “fucks” and so much military slang, it’s sometimes bordering on near-incomprehensibility, especially when combined with a slew of thick regional accents (I’ve clearly been out of the UK for too long!). However, it’s clear when it needs to be, and once the first mine goes off, dialogue takes a back seat.

Katis cranks the tension up to remarkable levels: there were points where I was literally bracing myself every time someone took a step. It likely helped not being aware of the story, as I had no clue who was going to survive. I’m quite impressed anyone did, given the gruesome injuries received. You’ll need a fairly strong stomach to handle multiple mangled stumps and a torso that resembles an over-enthusiastic butcher’s window. Though the amount of blood on view seemed almost oddly restrained: I’d have expected Black Knight levels of arterial spray, given the sudden removal of a major limb. I will defer to those with actual medical knowledge in this area, however.

Yet, despite being largely a relentless and harrowing depiction of the horrors of war, there are some surprisingly funny moments, the soldiers dealing with their predicament through gallows humour as much as anything. For instance, when one announces it’s his birthday – the worst one ever – the rest of the squad join in a not-so-rousing rendition of Happy Birthday. The strange incongruousness is very humanizing, and helps brings home that these are people. While that may seem obvious, it’s something often lost in the epic scale of bigger war pictures. The much narrower focus here definitely works to the film’s advantage.