We double-billed this with the similarly titled Danny’s Doomsday; I Googled to see if there were any films called Steve’s Armageddon or Roger’s Ragnarok, for a mini-festival, but didn’t come up with much. This is, at least, different from Danny’s, which was very intent on observing post-apocalyptic conventions. This, most definitely, is not. I can’t say it’s an unqualified success. If the end left you wanting to hurl your television set through the window, I would understand – a more appropriate title might be Jacob’s Apocalypse. Yet, I have to say, Moore pulled it off for us, and we weren’t left feeling cheated by the experience. 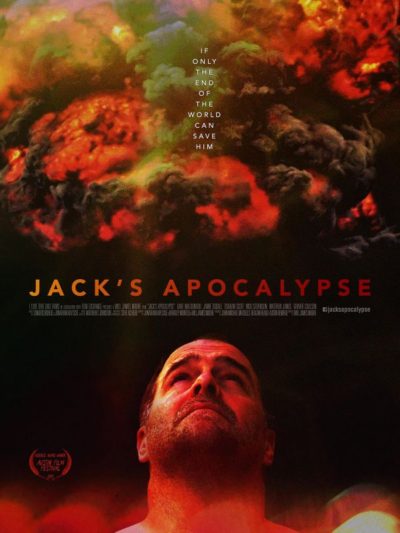 Jack (Maldonado) is a waste of space, a former city councilman and lawyer, now trapped in a sharply downward spiral of drink, drugs and meaningless pleasure. But one day, he gets a call from his brother, a career soldier, who informs Jack of a coming coordinated attack on the infrastructure. He wants his wife Shannon (Tisdale) and daughter out of harm’s way, and asks Jack to take them to a rural safe-house, with its own well, etc. Jack agrees, even though he’s not exactly well-suited for the role of family guardian. For instance, he pauses to buy an entire kilo of coke, apparently stocking up for the long haul. When his brother’s prediction comes true, it becomes a struggle as much between Jack and his dependencies, as between Jack and the post-apocalyptic world which ensues.

I did like the understated nature of this. Apart from a mushroom cloud glimpsed a very long way off, the actual details of the situation are kept vague. Jack actually seems to adapt to the situation reasonably well, returning to the responsibility he shouldered as a politician. Though as the community grows, their decision to home-brew wine for trade is obviously potentially problematic. Oddly, the kilo of coke vanishes without trace, when we expected something like his diabetic niece to mistake it for sugar and overdose. The ending could excuse that – but then, it could excuse absolutely anything, plotwise. If the story truly “mattered” here, that would be a significant flaw. However, since this is far more character study and drama, rather than horror, science-fiction or action, it gets a pass.

It benefits from Maldonado’s fine performance. This is the kind of hero it’s difficult to pitch correctly, having to straddle the fine line between being sympathetic and an arsehole. Although I can’t claim he always pulls it off, he definitely has his moments. Perhaps the most outstanding is the scene pictured top, where Jack is left alone with a Mason jar of their home-brewed alcohol, and agonizes over whether or not to fall off the wagon. It’s definitely not the kind of internal, angst-ridden struggle you would normally expect to find in a film with the word “apocalypse” in the title. To be honest, it’s not what we typically want from such a movie. Yet I will admit this was an acceptable palate cleanser for the genre.