After the swing and a miss which was Peeping Tom, this was definitely not such a bust. However, once again, it felt like this didn’t live up to expectations. I mean, is it really the 11th best horror movie of all time? Oh, hang on: that was The Guardian again. Never mind. I suspect my reaction was likely diminished, by having recently seen the same story in Mike Flanagan’s The Haunting of Bly Manor. Both are adaptations of the novella The Turn of the Screw, by American novelist Henry James. This version, however, came through Willam Archibald’s stage play The Innocents [fun fact: a 1976 Broadway revival of the play included an 11-year-old Sarah Jessica Parker]. It was beaten into cinematic shape by a pair of heavy-hitting writers, in Truman Capote and John Mortimer.

Director Clayton was probably not the first name you’d have thought of, considering his previous (and debut) feature was Room at the Top. This contemporary social drama kicked off the British New Wave of cinema, and is about as far from a ghostly period piece as you can imagine. But Clayton did attempt a range of genres in his career, though also turned down projects which would become classics, including The Tenant and Alien. For the lead, he cast Kerr: while she delivers a strong performance, I have some qualms about the choice. Approaching forty, she feels too old for a naive woman supposedly accepting their first position. Also, on hearing Deborah Kerr was a governess, Chris’s reaction was, “Is Yul Brynner in this?” The shadow of her Oscar-nominated turn in The King and I, is indeed long. 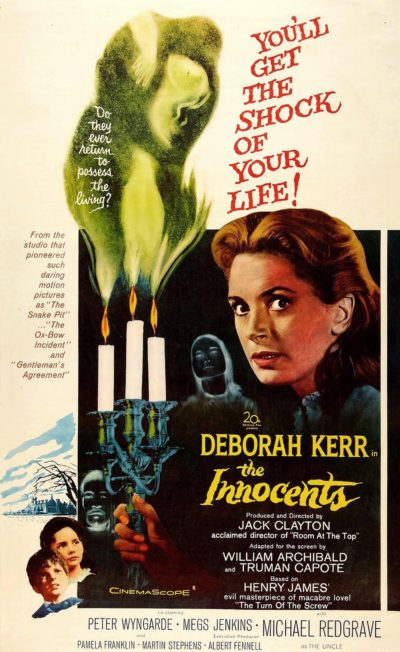 She plays Miss Giddens, hired to act as governess to two orphans by their uncle (Michael Redgrave). Quite what happened to their parents is unclear, but he has been distantly taking care of them. The last governess, Miss Jessel, died – don’t know about you, but I’d say the demise of the previous employee is a bit of a red flag when it crops up in a job interview, personally. Still, Giddens takes the position, and the first child she meets, Flora (Franklin) seems very nice. Her brother, Miles (Stephens), is initially away at boarding school,  though returns after being expelled. You’d think that might be a bit of a red flag too, but Miss Giddens is more worried by the mysterious figures she sees lurking around the edges of the estate.

Turns out her predecessor wasn’t the only one to die on the job [Red. Flags. Everywhere…]. Peter Quint, the uncle’s valet, is another ex-employee in the most literal sense, and was in a relationship with Miss Jessel. Miss Giddens becomes increasingly convinced the spirits of the couple are possessing the children,  because… Yeah, I’m not quite sure what their motivation here is. Then again, the film quite deliberately remains vague on how much has an objective reality, with everything being seen through her viewpoint. This may not be 100% reliable, and we never quite find out, even at the end, which loops back round to the opening shot. Frankly, it feels like a cop-out. I don’t mind if this is a ghost story, or a depiction of a descent into madness. But f’heaven’s sake, pick one.

As a result, there’s no real character arc or development for anyone (not least because everybody save Miss Giddens could potentially be a figment of a deranged imagination). The heroine gradually getting more hysterical is about the extent of it, and I don’t find that particularly interesting or informative. As mentioned, it is a good performance – yet feels too obviously performative. I always felt like I was watching an actress, rather than a person. In that area, the two children may come off better. Though there is a strongly artificial taste to their portrayals, not uncommon to child actors, it works for the “possession” scenario, rather than against it.

In contrast to Peeping Tom, which was ahead of its time in some ways, this feels more like a throwback to a forties film. Part of that may be the period atmosphere, apparently set in a world before phones or automobiles were a thing, and part may also be its origins on the stage. However, I think Clayton’s approach to the subject matter is influenced by the likes of Val Lewton’s RKO films. That said, there’s no doubt the film’s strongest aspect – indeed, almost its saving grace – is the photography, among the best I’ve seen in a black-and-white movie. Cinematographer Freddie Francis, who also shot Room at the Top for Clayton, did an amazing job, and if his name sounds familiar, it should. Because he went on to direct for Hammer, including The Evil of Frankenstein and Dracula Has Risen From the Grave. 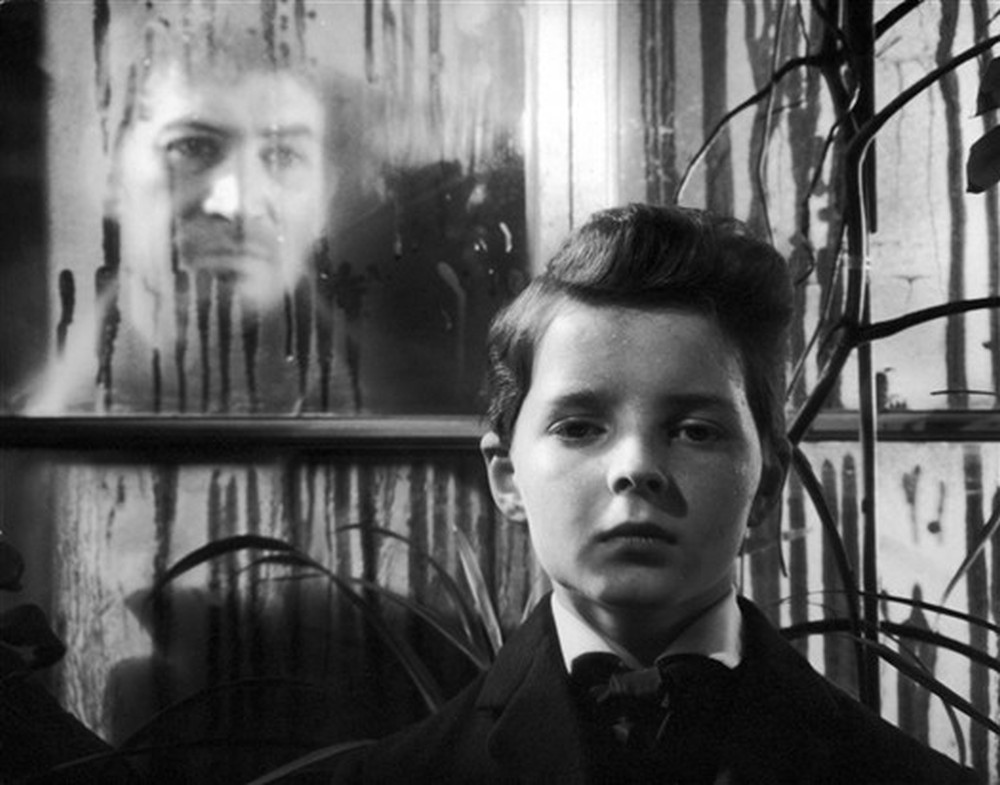 From what I’ve read, it seems Francis used a lot of technical wizardry during the shoot, even though both he and Clayton thought Cinemascope was “a terrible format for this picture”. However, unlike Kerr’s performance, the filters and other effects never get between the viewer and the movie. The photography enhances the atmosphere, rather than being a distraction from it, creating a sense of otherworldliness, as if the viewer was also a ghost, observing events through a veil. Just a few months prior to The Innocents‘ release, Francis had won an Academy Award for his black-and-white work on Sons and Lovers, and almost thirty years later, he’d pick up a second cinematography Oscar, this time in colour, for Glory. If the film has a star, I think it’s him.

However, it’s a film which never generated any kind of visceral reaction in me, something I feel is a necessary component of horror. This doesn’t necessarily mean explicit gore (though that’s often the easiest approach), just that there needs to be an impact – a sense that bad stuff might happen, if you like. That never happens here, in part because the threat to Miss Giddens is never more than nebulous, and we’re never sufficiently engaged to care about Miles. Figures standing in the mid-distance or lurking outside can only take you so far.