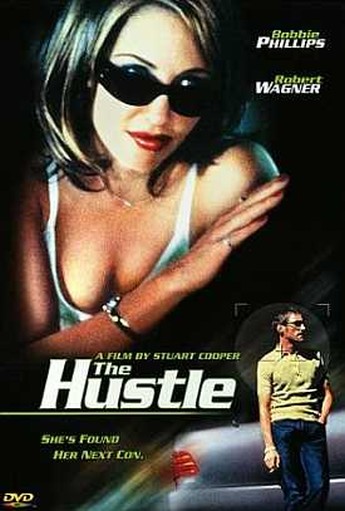 Maya (Phillips) and Tony (Sadler) are con-artists; she lures men to a room, where Tony rips them off. However, the tables are turned after an encounter with Pierce (McHattie) – who then offers them a tempting proposition. They’ll get $50,000 for incriminating photos of Martin (Heinze), so his wife can divorce him and take all of their wealth. However, is the set-up as straightforward as it seems? Why is Martin apparently intent on turning Maya into his wife? And why is Maya refusing to do her job, and lure Martin into a spot where Tony can snap the snaps? The film is driven by these questions, and for the most part, the script does a decent enough job of keeping the balls in the air to maintain audience interest. However, things do fall apart somewhat in the final reel, with a number of badly- or entirely un-answered questions.

Phillips is solid in twin roles, and McHattie is excellent, as so often. However, neither of the main male leads are up to the task: Sadler flails about without being able to generate emotion, and Heinze appears to have arrived on set, fresh from an ‘Acting in a Foreign Language’ class. The IMDB says this is a TV movie; if so, the rules in Germany must have been considerably laxer, given Phillips’ full-frontal nudity; the film seems to be aiming for Wild Things, not least in the presence of Robert Wagner, again playing a rich woman’s attorney. If this doesn’t quite have the same berserk, full-throttle intensity, it’s far from awful, and proved an adequate way to pass a Saturday afternoon.