Rating: DD- (Jim, is that allowable?)

This is a darkly satirical horror film about social media.  Apparently. And, I suppose that it is, albeit done in a very heavy handed and leaden footed way.  The strap-line should perhaps have been ‘unimaginative unbelievable, stupid derivative tosh, it’s this season’s must-not-see utter drivel’, as at least this way you would have had your expectations correctly calibrated.

So, with that best forgotten, let’s just enjoy the film for what it is.

When I say ‘enjoy’, well, the plot and premise are also best forgotten.  In summary The Hunt is ostensibly about the rich and privileged hunting ‘poor people’ for sport.  Although it’s not quite the case.  Not that it matters.  On any level.  In summary, don’t give the plot or premise any thought as it will only make your neck ache from shaking your head so much, as it is stultifyingly stupid stuff. 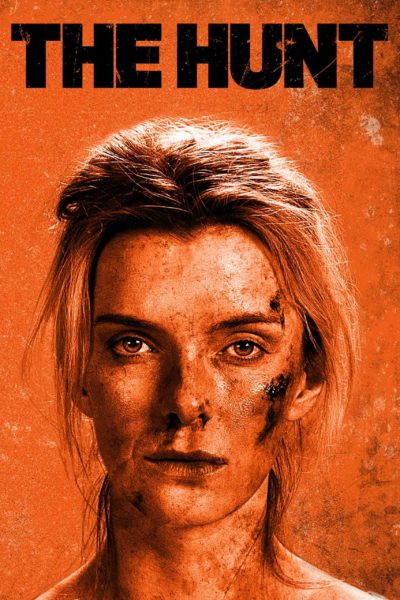 Overall it manages to have a vague Hunger Games vibe about it, albeit with horribly two-dimensional characters and absolutely no subtlety or finesse on any level.  Nor really any tension, oddly.  On this front it at least sets out its ‘store’ very early on and never lets go.  Think of a very sub-standard Hunger Games told in reverse, with a story that is best summarised as bloody stupid.

Three to five pints. Pints, not points.  It’s not a score, more the advisable level of inebriation required for watching to ‘enjoy’ the film.  The set-up (once finally fully revealed) is utterly preposterous and much of what there is by way of narrative is gormless and incoherent.

However.  Fortunately the film is in no small part rescued by the arrival of the protagonist, one Crystal May Creasey (Gilpin).  Or should I say, the arrival of her frankly wonderful cleavage.  It’s a fab-u-lous joy to behold and probably deserves its own mention in the credits, and arguably top-billing.  And then just when things start to tail off a bit, it’s lifted by her rump… …nuff said? *

In fairness she actually does a good job with her material, and is the only character that isn’t paper-thin.  And then just when you wonder if the film can actually wrestle its way out of a wet-paper bag – yes there is a moment – along comes another ladle over-brimming with thick gloopy ‘satire’.  Followed by some more.  Gawd it’s execrable to wade through.  Would sir/madame like some facile-hubris as a side dish?  It’s served on a bed of wilted stupidity.

Well it’s played out at a spritely pace with nothing by way of padding, overall the film is quite short (although it may not feel it), and it has Hilary Swank in it (what was she thinking!?).  It’s also actually quite well shot and has no background or mood music to speak of (of which I am a huge fan – see Bullet for a prime example), and, well, erm, that’s it really.

There are a couple of quite funny moments, with ‘it’s my birthday tomorrow’ girl ‘standing’ out.  Thankfully her moment is very early on, so you can switch off immediately after, and I strongly suggest you do as it’s got as good as it gets.

I would write more, but my brain refuses.

* feel free to grumble if you like, but I suggest you watch the film first.

[Jim: I actually liked it a lot. For my take on it, see here. In unrelated news, we now have a reviewer position vacant…]