I got an email from the director: “Take a stab at our non scripted, 4 week shoot. Quirky, campy, dialog driven and you won’t guess the ending. If you are or were a bully, you will learn a lesson. No teen actors and three red herrings.” So I carried out my usual diligent research, e.g. hit the Google, and found out two things. 1) It was available on Tubi, and 2) That’s it. Seriously: beyond the movie’s website, there was basically no information about it. The IMDb page was not only lacking any external reviews, or even any user reviews, it has no ratings. So this is it, folks. We’re venturing into unexplored territory. Please keep your arms and legs inside the vehicle at all times.

The central character is Theodore Johnson (Lane), known as ‘Knuckles’. He is, to be honest, a bit of a dick: we first meet him in a gym, belittling the other members. However, on leaving, he is chloroformed and knocked out. He wakes to find himself in a room, chained up in a cage, along with a number of other people: each cage bears a number. When Knuckles won’t shut up, a hunchback (Tait) enters and drags away the occupant of cage #1. Horrific screams ensue. The man in charge seems to be Master Sorensen (Murray), though exactly what his end-game and motivation are, remain obscure. The cages are renumbered down – #2 becomes #1 – and it becomes clear the process will repeat, with Sorensen applying psychological torture to his prisoners, bending them to his will. 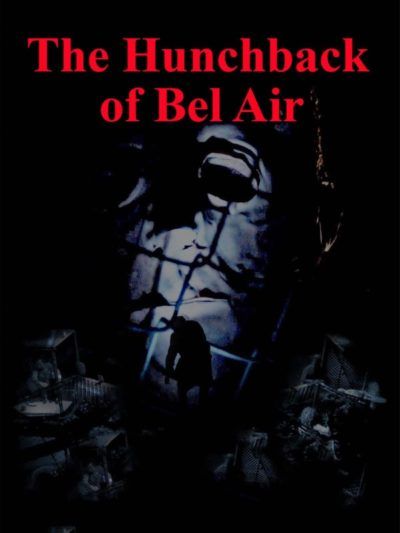 Of Roeder’s statements, I’m not sure I’d call this “quirky” or “campy”. It’s rather too dour to qualify there, though it does at least manage a fairly consistent tone. “Dialog driven”, it is, to the point of being too talky. 15 or 20 minutes less would likely have been an improvement. I did, indeed, not guess the ending. At least, not in its entirety: certain elements of it, I did figure out. The bullying theme is indeed present in the way things eventually unfold. We’ve already established Knuckles’s credentials there, and that proves just the tip of the iceberg. I’m unconvinced of the morality here: some of the participants’ crimes seem almost trivial, not justifying the wringer they get put through by Sorensen.

Bullying is bad, m’kay? Yet, from my personal experience, much of it was simply kids being dicks. Not convinced that this requires them to be converted into mind-controlled zombies, through a punishing regime more befitting a captured terrorist leader. I’m not sure what message any past or present bullies will take from this, either. Arguably, leave no witnesses – just in case they come back, years later, to drug you and chain you up in their own, personal dungeon of revenge torture. I suspect this is likely not exactly the moral Roeder intended. Even the pre-credit anti-bullying interviews with the cast can’t overcome the sense this feels like a case of the best intentions, going off the road in the execution.