“We regret the late arrival of the 11:59 from Waterloo. The delay is a result of werewolves on the line.” That’s basically the premise of this cheap yet energetic British horror film, even if it starts off as a drama about a night in the life of hangdog ticket inspector Joe Griffin (Speleers). He has just been turned down for a promotion, gets the short straw of extra duty on the last departure out, and his attempt to ask out train trolley dolly Ellen (Weston) is clearly the wrong type of snow. Just when he thinks life couldn’t be worse, the train grinds to a halt in the middle of a forest, having hit something on the line. 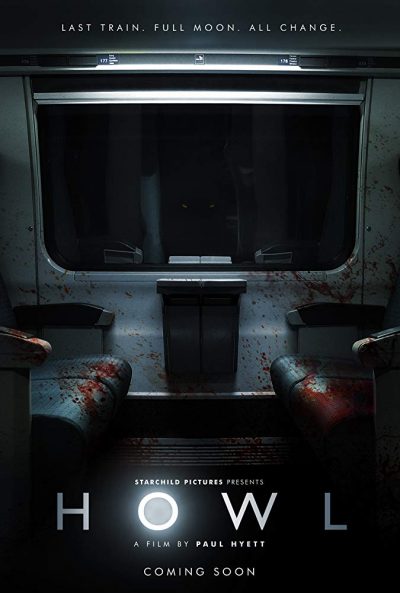 The driver vanishes after going to investigate (in what’s presumably a nod to a previous Great British werewolf film, Dog Soldiers, this is a cameo by Sean Pertwee). When the passengers are led by Joe down the track in an effort to reach the nearby station, they soon discover something is – or things are – lurking outside, with predation on their mind. The members of this involuntary buffet wisely decide to go to the Winchester, have a nice cold pint, and wait for this all to blow over. Oops, my mistake. They actually head back to the train, barricade themselves in, and try to wait out the onslaught.

If the above doesn’t make it obvious, the influence of Shaun of the Dead is obvious. Common elements include the downtrodden hero with a failed love-life, the infected person who slowly turns into a monster, the yuppie arsehole (Cowan), and the fat comic relief (I spent half the film trying to figure out if the football jersey the last-named wore, was a Wolverhampton Wanderers one…). To absolutely no-one’s surprise, this is not as good as Shaun. Yet to my moderate surprise, it still isn’t bad. The characters, while quickly drawn, will be familiar to just about anyone who has ever ridden a British train, and represent a nice cross-section of society. Speleers makes for a sympathetic hero too, and gets good support from the rest of the cast.

We don’t see much of the monsters in the early stages, and you’ll understand why when they eventually lumber in, because they seem a bit flea-bitten. However, I must admit that I somewhat warmed up to them eventually, and appreciated the use of practical effects – a throwback to the other Great British lycanthrope movie, An American Werewolf in London. Yet that’s perhaps the biggest problem here: far too often, you will find yourself spotting bits taken from other (almost inevitably, better) genre movies, from The Thing to Aliens. Heck, I suspect McDonald was cast simply because she was in The Descent. It’s at its best when finding its own voice, such as towards an ending I found thoroughly satisfactory. I guess it’s always better for a film to leave on a high note. Or, in this case, a high growl…