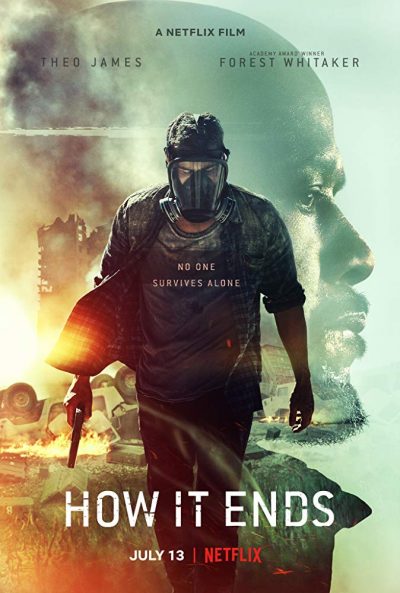 We begin in Chicago, where attorney Will (James) is surfacing the morning after a fraught dinner with the parents of his girlfriend, Samantha (Graham), which doesn’t go as planned. A call from Samantha in Seattle is cut off, and this turns out to be the first indication of a major apocalypse affecting most of the country to the West. With all flights there grounded, he teams up with her Dad, former soldier Tom (Whitaker), and begins the two thousand mile drive instead.

Let me provide some of the idiocies which follow, and you’ll see why this manages to make Armageddon look like the work of Albert Einstein.

And do not get me started on either the remarkable odds of survival which are beaten, or the miserable failure of an ending, giving the impression the makers got bored and suddenly decided to do something more interesting. Such as the dishes. Though I considered doing the same myself. Will isn’t a very interesting character to begin with, and is ill-suited to survive in the suddenly post-apocalyptic landscape. If it had been Tom, heading solo across country, the makers might have been onto something, as Whitaker’s character could have been an interestingly different take on the traditional action hero.

No such luck. Instead, it ends up proving that after the world ends, beta males will still fight over what appears to be the last remaining woman (the second-last, as mentioned, apparently having got fed up with the whole thing and wandered off).  Even from the disaster porn angle, you’re better off watching the trailer, because it has all the best bits and runs about 111 fewer minutes.  The issue posed by the title is left unaddressed, with no explanation given for… how it ends. Clearly, the film is saying it doesn’t particularly matter, and we should be more concerned about the characters. BIG mistake, because we don’t care.