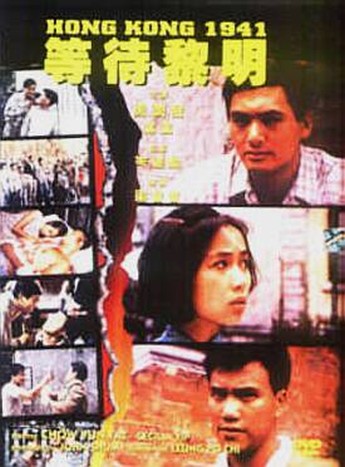 Though it took John Woo to make Chow Yun-Fat an international star, he was already locally well-known and respected before A Better Tomorrow. For this film, made in 1984, he won Best Actor in the Taiwan Golden Horse Awards, and was nominated in the Hong Kong Film Awards (losing out to Danny Lee) – it’s easy to see why, since his charisma is clearly present even in the pre-Woo days. Here, he plays Yip, an out-of-work actor, coping with life in Japanese-occupied Hong Kong, who befriends Kong (Man) and his girlfriend Han (Yip), who are from opposite sides of the tracks, which incurs the disapproval of her father (Shih, whom you’ll recognise as the villain in Enter the Dragon).

The start is sluggish and badly-written, relying on things like a lengthy closeup of a radio to supply background information. But stick with it; after the Japanese invade, the movie begins to build, until by the end, you genuinely care about the characters and their fates. Sure, the inevitable love triangle gets trotted out, and the soundtrack is incongruously electronic, but the acting on view is more than adequate to overcome the cliched aspects. Nor does it soft-pedal the dangers, with one especially chilling scene where Yip watches a group of little kids play “execution”, while the real thing is going on just yards away. I also fervently hope that was a stunt chicken used in the scene where our heroic trio battle an enemy soldier. Or, at least, that it didn’t require a dozen takes; otherwise, the tagline should be, “The film that could only be made in Hong Kong…where poultry is CHEAP!” 🙂