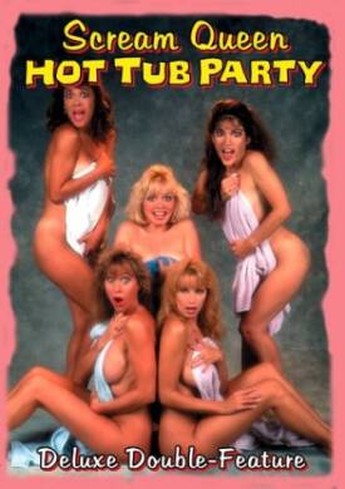 [13] Bauer, Gabrielle, Stevens, and a couple of lesser known names find a variety of reasons to take their clothes off in a near-plotless excuse for gratuitous nudity, mixing movie clips with special footage (see Michelle Bauer lick that chainsaw!). I detect Jim Wynorski and Fred Olen Ray at work, under pseudonyms (“Joseph D’Amato” as dialogue coach??) and it’s full of their usual trademarks – such as acting most politely described as ‘minimalist’.

However, they know the target audience wants T&A and they deliver the pizza with never a dull moment from the time the scream queens put on their lingerie for a seance – as any cinephile knows, seances are always conducted so clad. Highly sexist and politically incorrect, so definitely recommended.