It’s nice to see a little film like this get any kind of theatrical release. It would have been better for it to see a few more cinemas – otherwise being used for Panther Avengers: Infinite Black Crisis or whatever. But when you are not a sequel, “reboot” or adaptation out of a big studio, just an original independent film, you will take your eight screens and be grateful, dammit. Hopefully this will find the audience on home viewing it deserves, and never had any real chance at, theatrically. 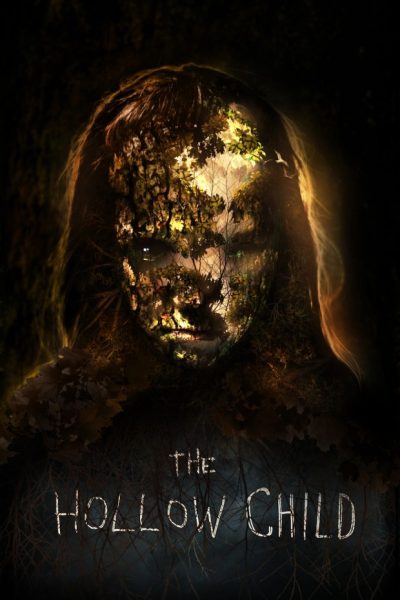 Samantha (McLeod) is a foster kid, who might just have got her “forever home”, though foster Mom (Mitsoula) seems keener on that than Dad (Tracy), and Sam’s attitude leaves a little to be desired. In particular, she hates having to take care of kid sibling, Olivia (Cheramy), and dodges this responsibility whenever possible. That comes back to haunt Sam, when Olivia vanishes on the way home from school in the nearby Creepy Woods™. A frantic search reveals nothing, only for the missing child suddenly to re-appear, professing no memory of what happened. Everyone is happy. Except for Sam, who increasingly suspects that Olivia has been… changed by her experience. However, tying to convince anyone else this isn’t the stuff of paranoid delusion, will be far from easy.

Teenagers are irritating and annoying: I think it’s genetic. Yet Samantha, while having her share of “I hate you!” and “You’re not my real Dad!” moments, comes over as an actual human being rather than a beast in human form. Which is interesting, given the latter is the topic of the movie. The line between teenagers and monsters has been explored before – particularly in the werewolf genre, from I Was a Teenage Werewolf through Teen Wolf to Ginger Snaps. Here, it’s more inspired by traditional folklore, based on the idea of a changeling: a creature who takes the shape of and replaces a child.

This aspect works best when Sam tracks down the local mad woman, Allison (Johannah Newmarch). She burned down her family’s house, in circumstances Sam eventually realizes parallel her own, and is a fount of valuable knowledge. The resulting scene could easily have become bogged-down in exposition, yet between the writing and Newmarch’s performance, ends up among the film’s creepiest. Cheramy is effective, too: her post-abduction portrayal is just “off” enough what we saw of Olivia before, that Sam’s doubts are plausible to the audience, without being certain. About the only wrong note is the schoolmate of Sam, who seems to have a crush on her. I’m not sure what his role in proceedings was supposed to be.

Apart from the performances, I think the thing which is most to this film’s benefit are is the setting. The apparently ancient woodland, raw and unrestrained, is exactly the kind of place where you can imagine creatures lurking. Cinematographers Graham + Nelson Talbot do a sold job of capturing this, and in a film which relies on atmosphere more than explicit gore, theirs is an important role. I’m not entirely sure the ending works as well as the set-up does, yet as understated horror goes, this is overall an effective little treat.