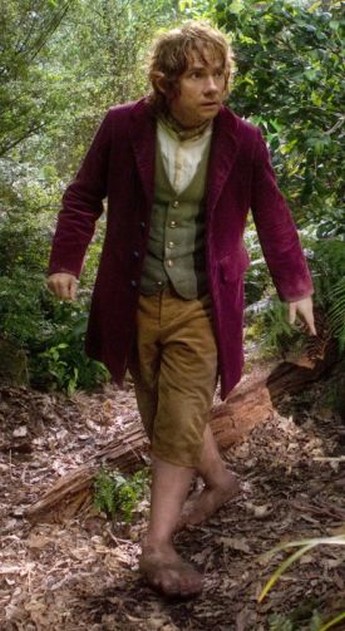 The long-awaited follow-up to Lord of the Rings feels, in some ways, like its opposite. With Lord, even for someone who hadn’t read the books (like me), there was a sense that this was a condensation of the content, with much that simply couldn’t be fitted in. Here, however – again, despite not having read the book – it seems more like the meat is sliced rather too thinly. You get to the end, after almost three hours, and looking back, very little has actually happened. Bilbo (Freeman) has met Gandalf (McKellen) and a dozen or so dwarves, and gone off to help them reclaim their mountain. On the way, some stuff happens. But the Big Bad – the dragon Smaug – is all but invisible. We see the effects of its fire-breathing attacks, and that’s it. Otherwise, there’s a lot of walking, interspersed with battles. But actual plot development? That would be largely notable by its absence, in this first of three parts. One hopes that more will show up as we move on, since it’s a weakness not seen in the first part of the Rings trilogy.

That said, the technical aspect remain marvellous, with Jackson creating a fully-featured world that seems complete in every aspect. Mind you, when they show up in Rivendell, it’s interesting to compare it to the version seen in Fellowship, and realize just how much further effects have come in 11 years. As a feat of movie-making, it’s still almost without parallel, perhaps reaching its peak in an underground battle between the party and an endless stream of goblins. However, in terms of heart, the only scene that really sticks in the mind sees Balbo encountering Gollum (Andy Serkis) for the first time, and has to engage in a battle of with with the creature, to avoid being eaten – this Gollum seems a good deal more theatening than the one with which we’re familiar. While this never becomes anything close to a chore – even if nothing much is happening, the visuals are easily lush enough to stave off anything approaching boredom or disinterest – I can’t think of many recent Hollywood films that are more in need of a severe encounter with a sharp knife. God knows what else the inevitable “Extended Edition” could possibly include.