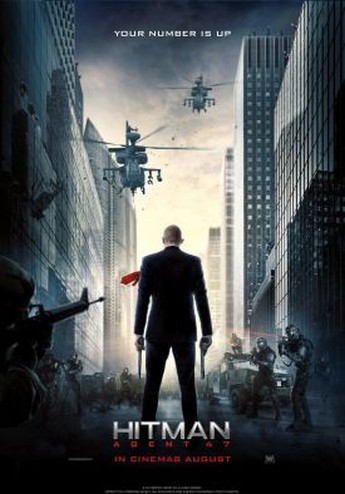 Simply by being competent and coherent, this is already a significant improvement over the original movie – the fact it took eight years before a second film based on the franchise, suggests they were largely waiting for everyone to forget the first attempt. In terms of plot, it follows the search for Dr. Litvenko (Hinds), the head of the original hitman program to generate cloned killers, who dropped off the grid after realizing what he had done. Syndicate International are now seeking to resurrect the program, but need the doctor’s knowledge to do so, and hope to leverage his daughter, Katia (Ware) to that end, and time is of the essences since Litvenko is terminally ill. They send their operative, John Smith (Quinto), to track Katia down, and through her, Dr. Litvenko, but Agent 47 (Friend) is unwilling to allow others like him to be created, and will stop at nothing to ensure the Syndicate don’t get the information they need. As a result, there’s a lot of running around here, with some occasionally effective action, though the concept that Katia is some kind of upgraded version of Agent 47 is never used in the way I hoped it would.

Indeed, I was hoping for some kind of bat-shit crazy, pissed-off Lucy-type action, and that just never happens. It is probably wise to make Katia the emotional heart of the movie since, by his very nature, Agent 47 is not exactly the type given to drama. Friend appears to have been given three expressions to use, in strict rotation – and two of those appear very similar. They did, at least, have the guts to go for an R-rating here, which does allow the film to reflect the hyper-violent style of the game, though the freedom thus offered in never explored beyond that. I can’t say I was ever bored by this, but I’m damned if I can remember a single specific scene that made me go “Cool!” or “Wow!”. As ever, it may make more sense if you’re familiar with the game; I am, only through second-hand inhalation i.e. seeing it played by our son occasionally. On the basis, I can’t recommend this, yet if you find yourself locked in a room with it, you wouldn’t be gnawing off a limn to escape. I suspect that last quote will probably not make its way onto the DVD sleeve.