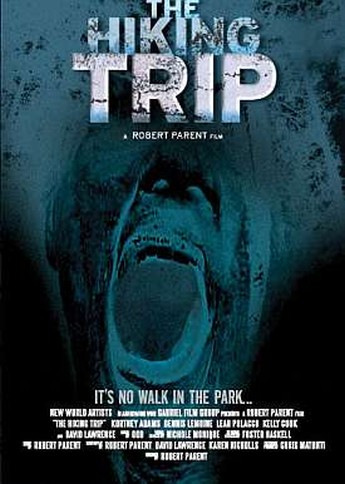 Tracey wakes up to find herself an inmate in a mental institution, and no memory of how she got there. The unseen Doctor Morgan (Lawrence), coaxes her into remembering fragments of the past, and the country ramble on which she went with her friends Todd (Lemoine) and Stephanie (Polacco). They stumbled across an apparently deserted series of buildings, not marked on their map, and explore the eerie complex. At first, it’s merely somewhat spooky, until they then decide, over Tracey’s objections, to go into the bowels and investigate the tunnels which link the buildings. Our heroine has had enough, and insists they leave. However, it’s too late, as first Stephanie, then Todd, vanish, leaving Tracey alone in the underground darkness, with whatever was responsible for her friends’ disappearance. What happened down there, to lead to her arrival in the mental institution? Was there something real, or has her genetic disposition to madness finally kicked it?

The movie works on the most basic and important level of cinematic storytelling: you want to keep watching, to see what happens next to Tracey, especially after she is left to fend for herself. Part of this is due to a good performance from Adams, and It helps that the location – the Paul A. Dever State School in Massachusetts – is perfect. Parent was originally looking at the Danvers State Hospital, used in Session 9, and this has much the same daunting, institutional feel. The sequences in the mental hospital don’t have quite as much impact or tension, even an escape where Tracey tries to break out, is actually somewhat dull. The film’s biggest weakness though, is an ending which feels far more like a cheat than what we deserved. It comes out of nowhere, and certainly left us somewhat disappointed. However, for Parent’s first stab at directing a feature, it’s not bad at all, and up until the final few minutes, delivers more than adequate amounts of creep for the purpose.