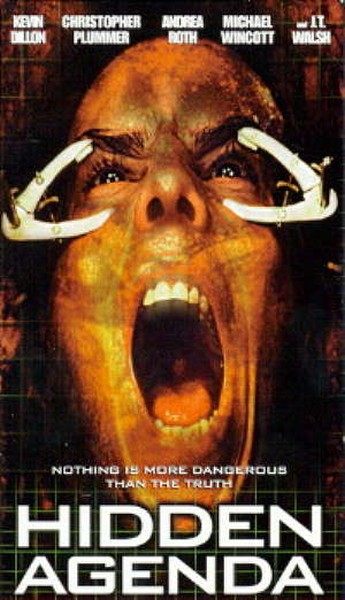 David McLean (Dillon) goes to Berlin to meet his brother, only to find a corpse waiting for him, and a lot of people very keen to get hold of a computer disk his brother was touting for sale. Among these are local cop Plummer, American embassy operative Walsh, and German chick Roth, who acts as Dillon’s guide as they run around the city, avoiding enemies and trying to find out what is going on. Nothing here we haven’t seen before, and even to someone like me, who usually doesn’t see twists until they hit him in the face, the main “shock” was blatantly obvious inside the first ten minutes.

Still, it’s competently put together, with Plummer and Walsh coming across as nicely ambivalent; you’re never sure which, if either, of them are to be trusted. Dillon doesn’t bring much to his role though, and the whole conceit of a computer disk is flawed – no-one even tries the obvious step of making a copy or anything logical like that. Never quite seems to make the most of its post-unification setting, either, yet it’s a harmless and inoffensive way to pass an hour or two.