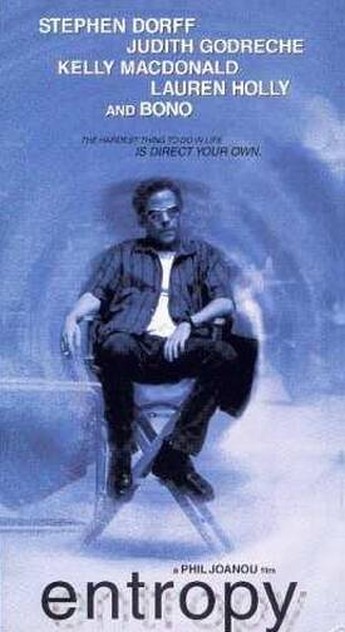 A film which varies between the thoroughly entertaining, and the extremely irritating, Entropy stars Dorff as a music video director who gets a crack at a feature, only for things rapidly to unravel. On the plus side, his character is involved with Stella, a model; their relationship eventually falls apart, leaving him searching for a soul-mate. Any soul-mate. This side of the movie is utterly unconvincing, since Stella came across to me as manipulative and devious; for most of the movie, I was urging Dorff to dump the bitch, and this meant the ending didn’t quite come across with the desired poignancy! His film-making nightmare rings very true, however, and is responsible for many of the most effective and amusing moments, assisted by cameos from U2. The odd surreal element, such as a talking (and smoking!) cat, lend this the air of a dream, and even allowing for the fact that I can’t stand one of the protagonists, those elements work far better than the prosaic romance.