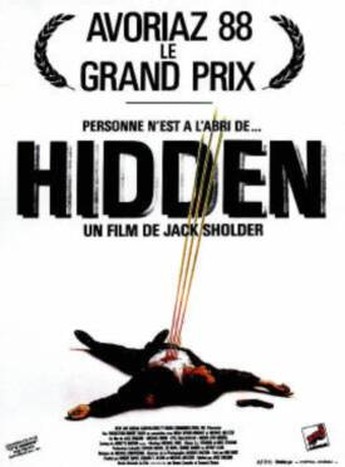 Smart, funny, imaginative and a thoroughly entertaining, this film starts out the way it means to go on: with large-scale destruction, as an apparently bullet-proof man walks into a bank, robs it, and heads off in a stolen car. But this is no ordinary maniac; it’s an alien, capable of hopping between human hosts when its current location gets too damaged. Hunting it is another alien, masquerading as FBI agent Lloyd Gallagher (McLachlan), along with an LA cop Beck (Nouri) who is, needless to say, unprepared for the reality of what he’s facing. As Gallagher puts it, “I guess a career in the police didn’t really prepare you for this, did it?” Cue an escalating series of car-chases and shoot-outs, as the bad ET heads towards a presidential candidate, but tempered with humour and drama as the visitor learns about humanity and hangovers from Beck.

There’s something reminiscent of Tremors in the relationship between these two, and McLachlan is perfect in the role; just off-center enough to still pass for human, yet unquestionably alien. Their target, played by a number of people (including Christian and Chris Mulkey), also has character: it adores Ferraris, hates country music, and is fascinated by breasts, which probably makes it more human than anything. The ending may be just a touch too schmaltzy for some – it was re-written during shooting, after the director decided he didn’t like the original one, a decision which caused Jim Kouf to take his name off the credits. Yet this is a movie with few mis-steps and even fewer dull moments, that does a good job of engaging heart and brain as well as producing the expected adrenalin rush. Given the sure hand shown here, it’s something of a surprise that director Sholder has been all but stuck in television since.