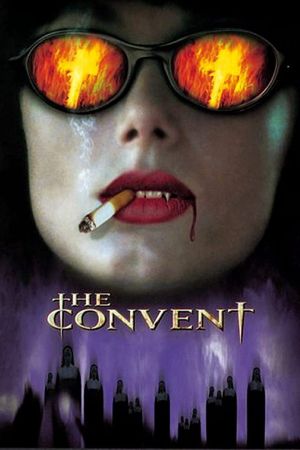 This doesn’t seem like it was shot in just 18 days; unfortunately, it does feel like the script was written in about 18 hours. The best characters are sadly underused: Barbeau’s hog-riding chain-smoking nun-slayer is fabulous, but only turns up in the last third, while the brother/sister at the centre of the film are largely forgettable. Similarly, there’s a great pair of inept Satanists, the Lords of Darkness, but we see too little of them, and far too much of the obnoxious cliches (jock, cheerleader, stoner, etc.), after they enter a haunted convent and are assaulted by demon-possessed nuns – yep, this plot could indeed have come off the back of a Lamberto Bava cigarette-packet.

It looks slightly cheap, relying too much on ultraviolet glowing and repetitive camera tricks, but the deaths are inventive, and there are enough decent moments to keep the shallow viewer – raises hand here – entertained. The bad news with regard to any sequel, is that all the most amusing and original characters fail to make it to the end, and we’re left with the detritus. I suppose it’s true that, in a good horror movie, anybody can die at anytime, but when the most interesting person (by far) in a film is almost the first to get slaughtered, something is clearly a bit awry.