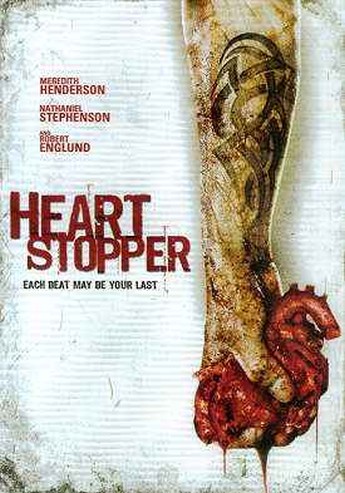 Stop me if you’ve heard this one before. The body of executed killer Chambers (Binkley) is taken to a remote hospital for an autopsy – only he’s not really dead. He wants to transfer his soul into a new vessel, and has chosen the suicidal Sarah (Henderson) for the position. Those old stand-bys, a storm and a power-cut, render the place even more isolated; can Sarah escape before Chambers gets his wish? This is one of those irritatingly illogical horror films which annoy me greatly. For example, Sarah can’t get out of the hospital, but new patients still arrive? Or why is the place so badly-lit, even before power goes out? And don’t even start on the climax, which had us scratching our heads, more than shrieking in terror. It’s possibly the biggest deus ex machina I’ve seen since Dorothy got whisked off from Kansas.

On the plus side, Binkley makes an impression, muttering Biblical scripture as he stalks the corridors – it seems the kind of role originally intended for a WWE wrestler. The effects are solid, as expected from former FX guru Keen, a veteran of the Hellraiser series. Yet surprisingly, once you’ve seen one heart ripped out from the victim’s torso, you’ve seen ’em all – it actually gets kinda boring after the first few times. Robert Englund turns up early on, as the local sheriff, though leaves abruptly after about one-third, no doubt pausing briefly to get his salary. There are some intriguing moments, such as Chambers’ scorpion tattoo, which both moves on its own and appears to be infecting Sarah; this kind of thing would have merited more explanation. However, it’s apparent that explaining anything is not this film’s strong suit; if you’re willing to overlook that, it could be entertaining enough. The more critical will find too many holes for this movie to satisfy.