A man is found, unconscious on a beach in Indonesia, and has no memory, not even knowing who he is. Ailin (Islan), the nurse who takes care of him in hospital, names the man Ishmael, after the character in Moby Dick. It turns out that Ishmael was actually an enforcer for Lee (Pang), a mobster who also kidnaps children and brings them up in a ruthless fashion, so they eventually become stone-cold killers devoted to him. When Lee breaks out of prison, to discover his “son” is still alive and appears to have broken his programming, he sends a stream of thugs, including “daughter” Rika (Estelle), after Ishmael, while also kidnapping Ailin in order to reel him in. 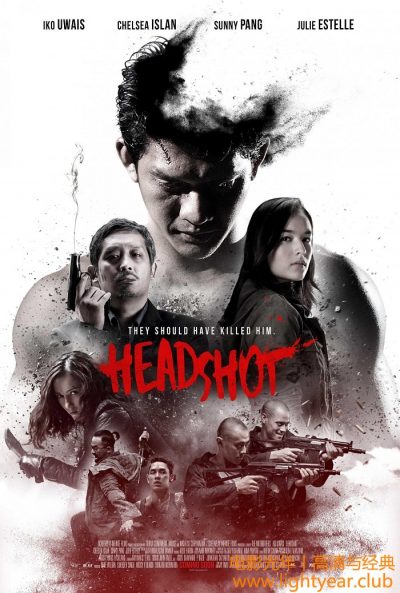 It’s a simple story, straightforwardly told – more than a hint of Jason Bourne here, but I seem to recall a nineties Hong Kong film with a similar amnesia-based concept, and Maggie Q’s Naked Weapon used the “children brought up as killers” angle. Even though this runs just a couple of minutes short of two hours, it doesn’t particularly feel long, since the pace is brisk, with a steady stream of well-crafted action sequences. This begins right from the start, Lee’s escape from prison setting the tone in terms of the old Indonesian ultraviolence. For the film is definitely on the gorier and crunchier end of martial arts films: the mayhem is bloody, enthusiastic and copious, with Ishmael frequently bending limbs far beyond the point they are supposed to go.

It doesn’t possess much sense of escalation, and rather than any particular coherent whole, this is the kind of film you will more likely remember in bits. For example, there’s The Bit On The Bus, followed quite quickly by The Bit In The Police Station, which perhaps offers the most enthusiastic blast of cop-shop violence since The Terminator. Then there’s The Bit By The Well, where Ishmael finally is reminded of his past, The Bit On The Beach, and The Bit Where He Finally Gets To Take On Lee, a.k.a. boss level. These should help distract you from potentially troubling questions, such as the film never really explaining why Lee had Ishmael shot to begin with.

The camerawork during the action sequences was a little too shaky for my tastes, but at least it wasn’t combined with ADHD editing, so you could still follow the fights’ flow and appreciate the skills of the participants. On the other hand, the electronic soundtrack, by Aria Prayogi and Fajar Yuskemal, was both surprising and effective. If you’ve seen The Raid, you’ll know the hard-hitting style of fighting Uwais brings to the screen, and as he was also action choreographer on this, you can expect more of the same here. This isn’t quite at the same level in terms of taut leanness – The Raid is the first film I’ve seen with 0% body-fat – but likely stands up better than the somewhat disappointing Raid 2.