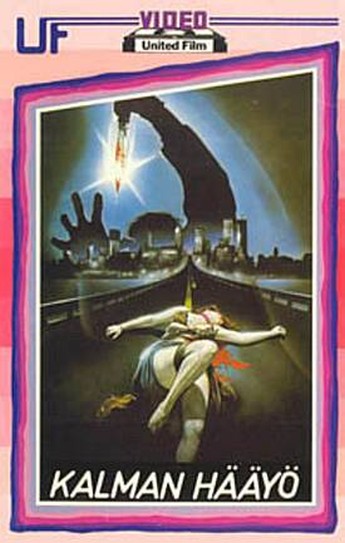 John Harrington (Forsythe) is happy to admit he’s an insane killer, yet is also a successful businessman, with a company that supplies everything for the bride-to-be. Including death: his victims are picked from the company’s models, who can’t resist his suave style. Understandably, police interest follows, though they just can’t find any pesky evidence, while his wife hates John, but won’t give him a divorce – three guesses as to the solution to this problem [The director was apparently having marital strife of his own at the time!]. However, her interest in spiritualism means that isn’t the end of the matter, and the film spirals off into a modern ghost story, rather than the portrait of a serial killer initially delivered.

Actually, this second half probably works rather better, since the psychological insights into the mind of a murderer are shallow (childhood trauma, death of his mother, etc.), leading in a predictable fashion to a finale where the truth is revealed. Though the only way this will come as a surprise is if you’ve been out of the room for the preceding 80 minutes. Still, like most Italian horror films, this is less about logic [it’d be churlish to point out Harrington uses a cleaver, not a hatchet] than style. Despite a horrific soundtrack, Bava’s talent is apparent, and the influence of this film on later works is clear.