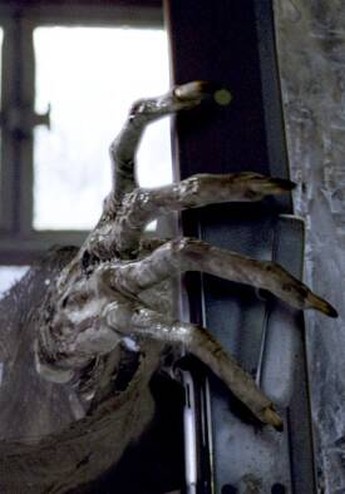 The third episode is decent enough; a little darker than previous, maybe, but while the Dementors are very cool, no-one older than seven should expect nightmares. I found Harry a bland hero this time out, and wish they’d do a spinoff focused on the teachers – the likes of Alan Rickman are again underused, with poor Dame Maggie Smith getting barely two lines. The best scene has Rickman, Gary Oldman, Timothy Spall and Thewlis in the same room, and really exposes the gulf between them and Radcliffe. Oldman is Sirius Black, a murderer who escapes from prison with vengeance on Harry in mind; or is everything quite what it seems?

It is not a great adaptation; unlike Lord of the Rings, which worked fine even if you’ve never read the books, this required substantial explanation from our son, and much of what they left out seems kinda important [such as the identity of the Marauders’ Map creators]. Nor does it really seem a great book: fantasy genre or not, the device critical to the film’s climax is dangerously close to “It was all a dream” territory, although its execution here is quite nice. Much like 007, this franchise seems to have settled for meeting audience expectations rather than challenging them. With Rowling’s doorstops to adapt, and her eagle eye of oversight, perhaps one can hardly blame them.