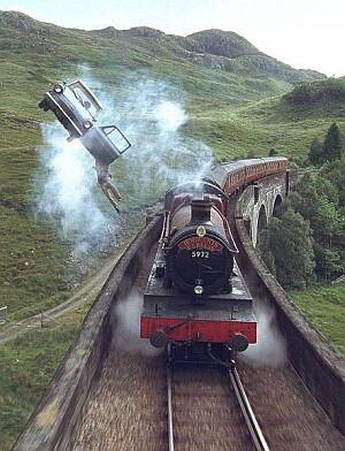 At 163 minutes, this is either far too short, or far too long, I’m not quite sure which. The task of adapting the book has left a large number of awkward plots sticking out unfulfilled, and yet there are any number of scenes whose point totally escapes me. For example, there’s another quidditch match of close to zero plot importance, and a whole sequence where Potter and his henchmen transform into other students to discover…well, nothing of significance. The talent is of much the same calibre as last time, but they get precious little to do: Maggie Smith, Robbie Coltrane and Alan Rickman are woefully underused, but come off well in comparison to Robert Hardy and John Cleese, who get about three lines each.

The look is still as cool as ever, and the effects are seamless, though CGI creation Dobbie is almost at a Jar Jar Binks level of irritating idiocy. Radcliffe is at an awkward age, but he, Grint and Watson do just about enough to keep you from thinking about your aching bladder as the movie cruises past the two and a half hour mark. At that length, exchanges such as the following:
– Dumbledore: Voldemort transferred some of his powers into you
– Harry: Voldemort transferred some of his powers into me?
become painful in the extreme. The scary thing is, if the same minutes-per-page transition occurs for the remaining books, part four will be six hours long. We will not be present for that one, unless the next episode is a great improvement.