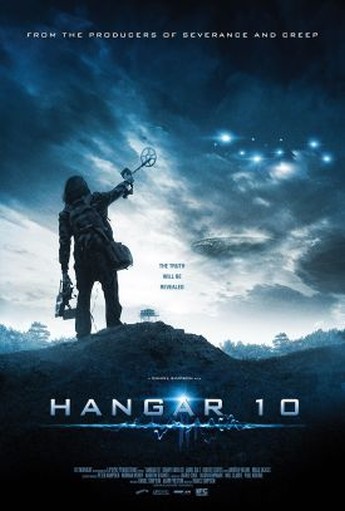 It has been over 15 years since The Blair Witch Project came out, and we are still getting shitty knockoffs of its found-footage approach. Not that the original was all that brilliant to begin with, relying much more on hype than glory, but Blair looks like Lawrence of Fucking Arabia beside this, which appears to have been plucked by IFC for distribution, from its location floating in a British toilet. Three people go on a metal-detecting trip into Rendlesham Forest, the site of a famed UFO encounter in 1980, bringing a video camera along to document the trip. They end up stuck there, being harassed by forces human, supernatural or extra-terrestrials, and hunted into the abandoned US Air Force nearby, which they discover – and this is my unsurprised face – isn’t as deserted as it’s supposed to be.

Thoroughly unconvincing on just about every level, there are only two things which saved it from the dreaded and rare, F grade. Firstly, they did their research on the topic of UFOs (though a blindfolded three-year-old could make their way out of Rendlesham Forest; it’s not exactly large). Secondly, the effects at the end are actually decent, and well-used. However, long before that point, you’ve given up, all interest having been mercilessly shredded early by the interaction between incredibly boring characters, and then by endless scenes of them stumbling around the woods while light flicker and “spooky” noises litter the soundtrack like wet alien farts after an interstellar tandoori. I feel a genuine sense of outrage that I actually watched this on Netflix, and thus will have contributed to the makers receiving some thoroughly undeserved remuneration for this turd. Even pirating this would have been more than it’s actually worth.