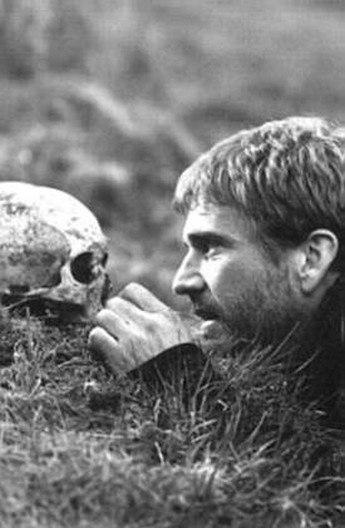 [10] – I must be one of the few people who’d have gone to see this even without Mad Mel, Bonham-Carter (Britain’s answer to Winona Ryder?) being sufficient justification. Having said that, Mel’s not a bad Lethal Hamlet, especially when he goes into Shakespearean Psycho mode. The first twenty minutes or so are almost incomprehensible as you struggle to find the verbs in iambic pentameter verse but as you get used to it, it becomes a tense thriller. Mel’s backed up well by a good cast, notably Ian Holm and (naturally) HB-C, who looks about 12, sounds about 25 and goes insane, singing to herself. It all builds to an effective climax before everyone dies (damn, I’ve given away the plot – I was slightly worried the studio execs might have insisted on a happy ending!), While it’s no classic interpretation, half the play vanishing in a struggle to get a realistic running-time, it’s a lot better than it could have been.