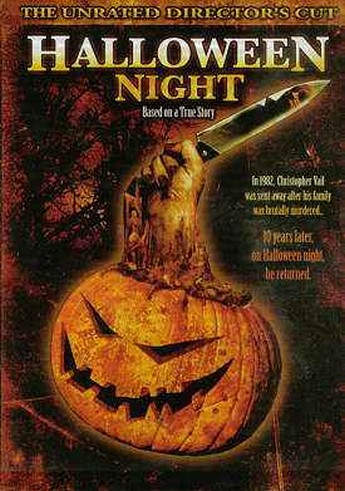 While the title, sleeve blurb and theme music suggest a certain familiarity, shall we say, with John Carpenter’s horror classic, the reality does at least go somewhat on its own route. Sure, a murderous psychopath escapes from a mental facility on Halloween night, and returns to the family home. But it’s now the scene of a party – apparently one with admission limited to photogenic actors and actresses. Luckily, a mask allows Chris Vale (Nery) to fit in, despite severe facial disfigurement, suffered during the traumatic events which saw him locked up in the loony bin to begin with. Needless to say, the body count soon begins to rise, with some impressively gory kills. The main problem is, any sense of actual “horror” is almost non-existent, since we are given little reason to empathize with the victims. They’re as forgettable a set of broadly-drawn non-entities, as you’d ever wish to see meet painful deaths. [I’m glad to report that’s exactly what happens in most cases.]

There is one scene in the middle, where characters start playing roles themselves, with the killer being drawn into the scene which they are enacting. While I can’t say much more without spoilers, it’s interesting on a number of levels, and fascinating in its potential. Though I admit, this film is probably not the place for them, being a cheerfully shallow slasher, with little or no pretension. On such a basis, it works well enough, with solid production values, plus some great make-up and effects work. There just isn’t much particularly new here and, as a result, the movie has little to distinguish it from hundreds of others in a similar vein that have come down the turnpike, since the night Michael Myers came home, almost 25 years ago. This passes muster as a time-waster, yet will probably be dust in the wind by the time Christmas rolls around. 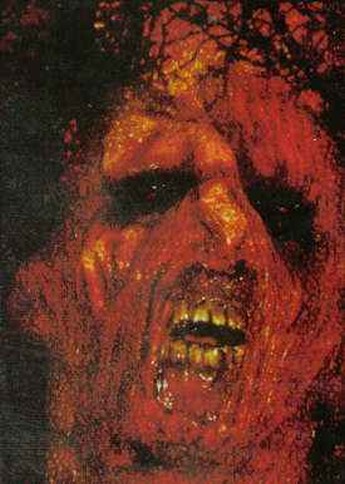 That’s what separates the better Asylum remakes from the merely “okay” ones; the good add a fresh spin to the proceedings. War of the Worlds, for example, concentrated on the central character, rather than large-scale destruction; When a Killer Calls had a far rawer, disturbing edge than the PG-13 When a Stranger Calls remake, released the same time (though the original source material for those was weaker than here). This is perhaps linked to the general rule of remakes, that the best are those where the original left scope for improvement – Cronenberg’s The Fly or Carpenter’s The Thing. I’m less certain this is the case for Halloween; though much-imitated, I doubt it has ever been bettered, and attempts to try inevitably seem doomed to suffer in comparison.

Amused to see this was written by Michael Gingold, with whom I traded ‘zines, back when he wrote Scareaphanalia, before becoming a high-up at Fangoria, and I also remember a night drinking with Mike in New York during my very first American trip. This isn’t his first foray into screenplays; he was also involved with Ring of Darkness, a zombie boy-band flick and perhaps the gayest movie you’ll ever see. But that was directed by David DeCoteau, who could find homoerotic subtext in Deep Throat; Night‘s sole concession in the area is a pair of horny lesbians, which works for me. 🙂 This is also “based on a true story”; while usually a fib, producer David Michael Latt insists it was inspired by a Halloween party he put on, the same night a killer escaped and was being hunted nearby. One trusts the similarities stop short of mass murder – unless his idea of fun is even more twisted than ours…